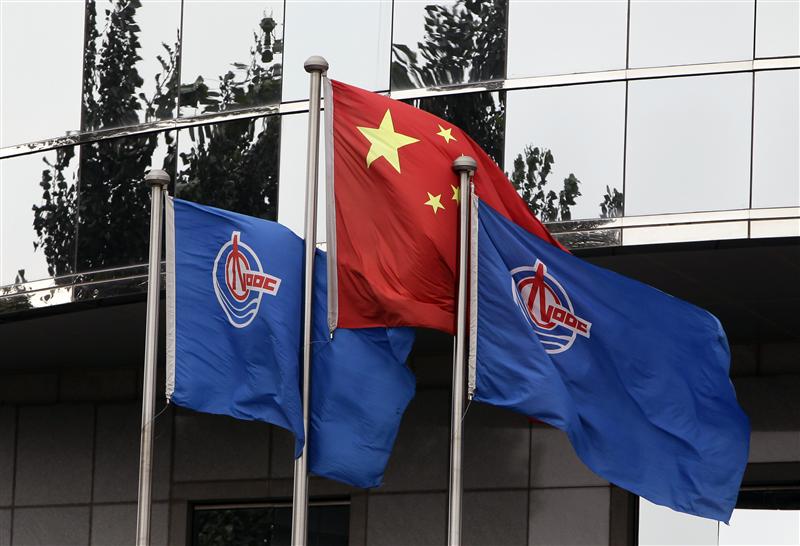 Canada is at risk of slapping a national discount on its resources sector. Investors reckon there’s a roughly one-in-four chance that the country’s politicians will block a $15.1 billion offer by China’s CNOOC for local energy company Nexen. Takeovers by state-owned companies raise tricky questions. But hoisting the national flag over a company of little strategic importance risks further alienating outside investors.

When state-owned oil giant first unveiled its bid on July 23, investors expected little Canadian resistance. Since then, however, doubts have crept in. Nexen shares are now hovering about 10 percent below CNOOC’s cash offer of $27.50. Though that’s still well above the pre-bid level of $17.30 to which Nexen shares would probably return if the deal was blocked, the market is no longer taking approval for granted.

Part of the anxiety stems from Prime Minister Stephen Harper’s insistence that market access should run both ways. Canada’s Bank of Nova Scotia, for example, has been waiting a year for official go-ahead to purchase a minority stake in China’s Bank of Guangzhou. Cabinet members – and the country’s spying agency – have also expressed concerns about selling to state owned companies which might harbour sinister political motives. And Canada has form in spurning foreign buyers: two years ago, it blocked BHP Billiton’s $39 billion takeover of Potash Corp., the world’s largest fertilizer company.

But buying Nexen hardly gives the Middle Kingdom control of Canada’s energy output. The company is the nation’s 24th largest pumper of oil, according to Macquarie, and about three quarters of the Nexen’s resources are outside Canada. Blocking the takeover would also raise tricky policy questions: is Canada singling out Chinese buyers, or would it also object to the trio of Indian state companies that recently lodged a $5 billion bid for Canadian oil sands currently owned by ConocoPhillips?

Hoisting the flag over Nexen would be bad news for investors in other Canadian mid-sized drillers – including Talisman Energy and Celtic Exploration – that are seen as potential foreign targets. Canada has said it needs $640 billion over the coming decade to fully exploit its energy reserves. Rebuffing its most enthusiastic investor seems especially foolish.

China’s minister of commerce on Sept. 26 said that the country’s state-owned companies act as corporations and obey local laws as he asked Canadian regulators to make a “fair and objective” analysis of their involvement in acquisitions.
Canada’s Security Intelligence Service released a report on Sept. 20 arguing that takeovers by foreign state owned companies can pose a threat to national security.
The warning came on the same day as shareholders of Nexen, the Canadian energy company, approved a $15.1 billion bid from China’s state-controlled CNOOC.
Earlier in the month Canadian Prime Minister Stephen Harper said his nation would open to Chinese investment as long as the nation reciprocated.
A trio of state-run Indian oil companies has bid $5 billion for stakes in Canadian oil sands holdings owned by ConocoPhillips, Reuters reported on Sept. 25.
Nexen shares closed at $24.73 on Sept 25, about 10 percent below CNOOC’s $27.50 all-cash offer made on July 23. The day after the bid, the shares finished trading at $26.35. The offer represented a 61 percent premium to the $17.29 undisturbed share price the day before CNOOCs announcement.
Canadian law permits the government to rebuff foreign takeovers if the offer does not offer a “net benefit” to the nation, or if the bidder is a state-owned company.