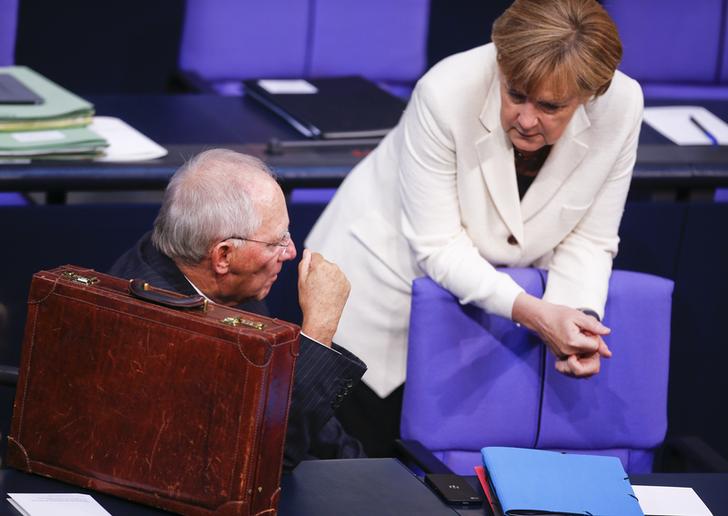 Angela Merkel’s rhetoric on higher public investment is changing for the better. But the German chancellor remains unruffled by growing calls from her euro partners and the European Central Bank to change tack on fiscal policy. Germany’s excessive focus on balanced budgets remains unchanged and is likely to prevent any swift and significant increase in public infrastructure spending.

This fixation on a supposedly “sound” fiscal policy is misguided and harmful. Real interest rates are at historical lows. A decade of public thrift has created a large backlog of infrastructure investment. Private sector investment has also been subpar for years. Markedly higher public spending on roads, schools and universities would not only benefit Germany itself. It would also help bring a welcome economic relief to the euro zone, which is flirting with stagnation.

Under pressure from her centre-left coalition partner, G7 countries and European peers, Merkel has at least started to acknowledge the issue. Vice Chancellor Sigmar Gabriel, the SPD’s party boss, recently tasked a high-profile advisory commission with finding ways to end the investment drought.

But the commission is boxed in by the government’s narrow-minded fiscal policy objectives. The coalition has agreed on budgetary targets that are even harsher than Germany’s strict constitutional rules. The 2015 budget is the first since 1969 that doesn’t add any new debt to public accounts.

Merkel has no incentive to change priorities. German voters overwhelmingly back her cautious policy. Debt reduction is seen as a key contribution to a better future. The country’s thrifty finance minister, Wolfgang Schaeuble, is one of Germany’s most popular politicians. Fiscal consolidation is seen as a core competency of Merkel’s CDU. A U-turn on fiscal policy would dent the chancellor’s credibility.

Given these constraints, Gabriel’s investment commission will focus instead on private investment. For instance, it is looking at regulatory reforms that may obstruct infrastructure investments by life insurers or other institutional investors. The government may also offer more guarantees for some private investors. But the fundamental causes of lacklustre private spending are fuzzy.

In a best-case scenario, such policies will be implemented in about a year’s time. It will take even longer until they produce their likely marginal effect. Ramping up public spending would be more straightforward. But for now, Germany is banking on cheap talk rather than heavy spending.

The German government has set up an independent advisory group tasked with finding ways of boosting investment spending in Germany. The committee is chaired by Marcel Fratzscher, head of Berlin-based economic think tank DIW. Among its members are Deutsche Bank’s Co-Chief Executive Juergen Fitschen and senior managers of insurers Ergo and Allianz.

The German government has set up an independent advisory group tasked with finding ways of boosting investment spending in Germany. The committee is chaired by Marcel Fratzscher, head of Berlin-based economic think tank DIW. Among its members are Deutsche Bank’s Co-Chief Executive Juergen Fitschen and senior managers of insurers Ergo and Allianz.