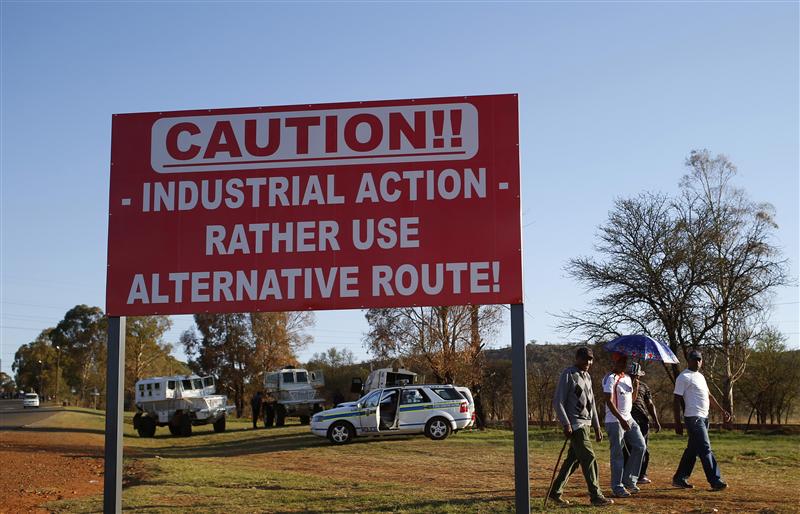 Platinum looks like a commodity from hell, and not just because it is dug from especially deep mines. The economics and the politics point to a long crisis.

Since August, labour strife has gripped the South African platinum industry, the source of 80 percent of a metal used in car exhausts. Workers want higher pay, to compensate for dangerous work. Unrest that started at world number-three producer Lonmin has spread. Two weeks of wildcat strikes have shut up to 30 percent of daily production at Amplats, the world’s largest platinum miner.

Workers’ pay demands may be just, but producers can’t really afford to meet them. Although the price of the metal has risen from $350 to $1,690 an ounce since 1999, mining it is barely profitable. Of the three biggest producers – Amplats, Implats and Lonmin – only Implats made a net profit in the six months to June. Lonmin has lured strikers back with a 22 percent pay raise. But that was a desperate move from a company already at risk of breaching debt covenants.

In theory, struggling operators should cut supply by closing their most expensive mines. Remaining workers would gain from the resulting higher prices. In reality, platinum’s exit routes are blocked. Untended mines deteriorate quickly, so temporary closures are often more expensive than continuing at a loss. Permanent closures and mass firings in this big industry would risk politicians’ wrath – perhaps even nationalisation.

Worries about supply have pushed the platinum price up 20 percent since August. But for now, there’s no shortage. Production outstripped demand by 430,000 ounces last year, according to Nomura. Mined supply grew 8 percent, but net demand was flat due to a recycling boom.

It looks like the only way around the crisis is through it. The disruption has already cost Amplats close to 30,000 ounces of production – about $50 million at today’s price. It will take more widespread closures to chew through surplus supply. Eventually, someone will blink. Either the price will spike, or striking workers will relent. But the industry’s problems will continue. The mix of expensive mines, unhappy workers and an unsympathetic government is volatile – and not shareholder-friendly.

Anglo American Platinum (Amplats) said on Oct. 2 that security had worsened at its mines at Rustenberg, about 120 kilometres north of Johannesburg.
Production at a handful of Amplats mines in South Africa’s platinum belt has been shut for more than two weeks, costing the world’s biggest producer close to 30,000 ounces of lost output.
Workers at Amplats Union Mine, in Limpopo, reported for work on Oct. 1, but refused to go underground.
The demands came a month after South African police shot and killed 34 striking miners outside a mine run by Lonmin, the world’s third-biggest producer.
Amplats produced about 2.4 million ounces of platinum last year.
The Amplats’ share price has fallen about 15 percent since Sept. 19.