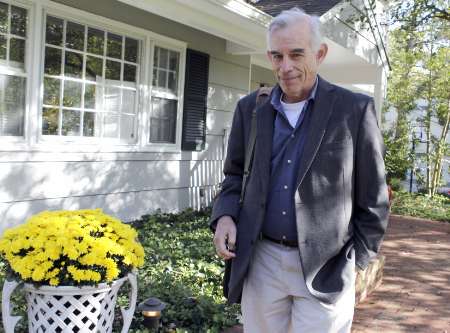 In the strange world of academic economics, where people are always selfish and markets are close to perfect, “rational expectations” sounds plausible. Thomas Sargent, one of the two recipients of the Swedish central bank’s Nobel prize for economics, is a leading proponent of the approach, which holds that the aggregate of expectations of economic actors provide the best information available. Christopher Sims, the other winner, is less dogmatic. He has tried to use sophisticated maths to analyse cause and effect in macroeconomic policy.

For the Nobel committee, the common theme which merited the prize was the statistical study of “how systemic changes in economic policy affect the economy over time”. For outsiders to the profession, this looks like yet another award for research which provides little insight into four years of dysfunctions in the financial world.

Sargent and Sims do not live in an ivory tower. Both have views on current issues. Sargent was against the U.S. fiscal stimulus because people supposedly see through temporary increases in income, a core belief among enthusiasts for rational expectations. He has recently written a balanced article about the risks and rewards of deposit insurance. Sims has interesting things to say about the interaction of fiscal and monetary policy.

Still, the winners suffer from academic economists’ usual imbalance: simplistic assumptions and complicated equations. The conclusions – for example Sargent’s thesis that rising inflation in the 1970s was caused by a poor understanding of the relationship between unemployment and interest rates – are often plausible. But the blizzard of formulae and statistical techniques used in the arguments generally hide questionable assumptions about behaviour and causality.

It is not fair to ask the Nobel committees that award the prizes for real sciences such as physics to consider the headlines. But economics is different. In this supposed science, for every professional who predicted a global crisis there were probably dozens who thought the Great Moderation, steady growth with low inflation and financial stability, would continue into the indefinite future. It would be nice if the prestigious prize recognised some members of the unconventional minority.

The Sveriges Riksbank Prize in Economic Sciences in Memory of Alfred Nobel for 2011 was awarded to Thomas Sargent and Christopher Sims on Monday “for their empirical research on cause and effect in the macroeconomy”.