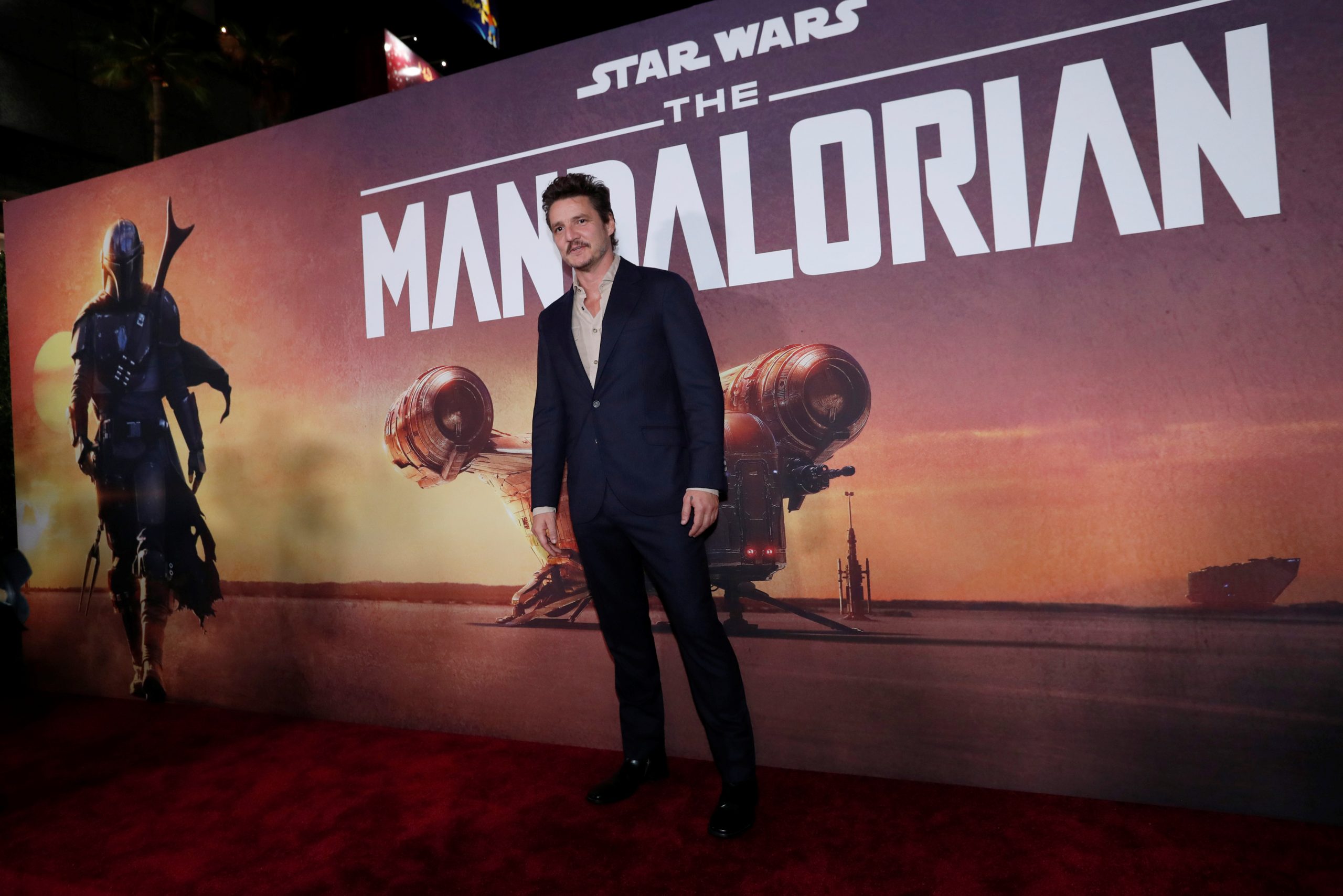 – U.S. TV and movies after Covid

This is the way. Hollywood loves an excuse to roll out the red carpet. On Tuesday, contenders for the Emmy Awards, the most prestigious gongs in U.S. television, were revealed. Two streaming services trounced the competition: Netflix with “The Crown” and Disney+ with “The Mandalorian,” garnering 24 nominations each.

As post-coronavirus reopening takes hold, at least in developed markets, it’s no longer just about streaming. Sure, both $335 billion Walt Disney and $238 billion Netflix want to grow subscribers amidst a slowdown now that people are no longer stuck at home. They’re also up against rivals such as HBO and HBO Max – whose parent WarnerMedia is set to merge with Discovery – which led all networks with 130 nominations.

Disney, though, has a not-so-secret weapon. The company is also able to ride the reopening of actual cinemas. Its stock rose 4% on Monday after the movie “Black Widow” not only pulled in a spectacular $60 million during its opening weekend on Disney+ but also easily topped the global theater box office with $158 million. A statue that can be both streamed and projected is worth its weight in gold. (By Jennifer Saba)

Where there’s smoke. Federal Reserve Chair Jerome Powell will find it increasingly difficult to disregard the current spike in inflation. Consumer prices rose 5.4% from a year earlier in June, the biggest annual increase in 13 years, the Labor Department said on Tuesday. True, there were particularly pronounced jumps in the price of certain items, like used cars: A 10.5% rise in secondhand vehicle prices from May made up about one-third of the overall monthly bump. But it’s not clear how quickly such pressures will fade. For example, electronics maker Flex said last month that chip shortages, which have caused a car supply crunch, will spill well into 2022. Food and energy are also on the rise as people emerge from Covid-related lockdowns.

This compounds pressure on the Fed to start reducing its $120-billion-a-month asset purchases to ensure inflation doesn’t become a blaze. A majority of the central bank’s rate-setting committee saw price risks at their June policy meeting but they didn’t say when they would react. Another month of inflation figures like these will force Powell to be more specific. (By Gina Chon)

Khan has already made waves in her month at the helm. Two weeks into her term, she got the commission to rescind a 2015 agency statement that put some guardrails on the FTC’s authority and put harm to consumers, usually through pricing, at the center of measuring harm to competition. For the upcoming July meeting, she wants to jettison a 1995 statement that allowed companies in merger settlements to avoid notifying the agency of future deals.

That’s upending how companies and their attorneys vet M&A regulatory risks. While attorneys may complain about FTC overreach, they can also thank the commission for job security and fat bonuses. (By Gina Chon)

Ringing true. For once, Nokia’s soaring stock has solid foundations. Shares in the 27 billion euro telecoms equipment maker jumped 6% on Tuesday after it said it would raise its 2021 revenue forecasts to reflect the success of new CEO Pekka Lundmark’s turnaround strategy. That makes a pleasant change from January when they jumped almost 50% due to retail investors inspired by internet bulletin boards like Reddit misguidedly piling in to thwart short-selling hedge funds.

Even with Tuesday’s gains, however, Nokia shares failed to top January’s short-lived high. Not that Lundmark will be bothered. Since he took over in August the stock has gained 22%. Clawing back market share from rivals Ericsson and Huawei Technologies means it is unlikely to collapse again. Tuesday’s jump implies a nearly 1.4 billion euro boost to Nokia’s 20.6 billion-21.8 billion euro revenue forecasts, assuming a constant trading multiple and 13% EBITDA margin. Sadly, for the Reddit crew, the good news landed six months too late. (By Ed Cropley)

The invisible torch. Japan is pressing ahead with the Olympics with less than two weeks left on the clock. That’s in spite of Tokyo entering a fresh state of emergency on Monday, and ample public opposition. There will be little economic benefit to speak of, given that almost all of the venues for the games will have no spectators physically present, so benefit to tourism-related sectors will be nil.

Other sectors can breathe a sigh of relief. Brand sponsors, for example, will still get exposure to millions of viewers watching from home. And while the decision to ban spectators might cost the global reinsurance sector $300 million to $400 million in reimbursements, according to ratings agency Fitch, they would have taken a far bigger hit had the Olympics been cancelled outright. However, there is one clear loser already: Prime Minister Yoshihide Suga, who has pushed the games on despite widespread resistance, has seen his popularity tank, and his political future is distinctly uninsured. (By Sharon Lam)

Spirited delivery. Campari and LVMH are spritzing up with online retail. LVMH’s Moët Hennessy and Campari on Monday announced a joint venture to invest in wines and spirits e-commerce companies. Moët Hennessy will buy half of the entity which holds Campari’s 49% stake in online retailer Tannico, for 26 million euros.

Given Campari paid 23 million euros for that 49% stake last year, the punt on e-commerce already appears to be paying off even allowing for the fact Tannico has in the meantime acquired Ventealapropriete.com. The pandemic has accelerated the shift to online shopping. Premium alcohol – which often comes from small suppliers – fits well with an online retail model and allows the drinks groups to learn more about their consumers. Campari makes liquors like Aperol while Moët Hennessy, which is part-owned by Diageo DGE.L, is more cognac and champagne. With their different focus, the two can save on costs and make a potent cocktail online. (By Dasha Afanasieva)

Not convincing. ByteDance has shelved its planned initial public offering, the Wall Street Journal reported on Monday. The TikTok owner hit pause on listing in New York or Hong Kong after Beijing regulators raised concerns about data security. Meanwhile, companies in the People’s Republic have been arguing in Washington that they are independent firms, free from Chinese government control. That’s a hard sell right now.

Chinese companies have sometimes been slow to do the necessary wooing of lawmakers. Video surveillance outfit Hikvision was one of dozens the Washington government blacklisted in June, preventing U.S. investment. One of the firm’s lobbyists, Mercury Public Affairs, recently hired a former Treasury official.

The Middle Kingdom’s hard line on Chinese companies raising capital overseas is hitting their D.C. credibility in other ways, too. Senator Marco Rubio wants the Securities and Exchange Commission to probe Didi Global’s U.S. IPO after news of a Beijing investigation wiped billions of dollars off the newly public company’s market value. It’s a tough backdrop for businesses trying to persuade U.S. politicians they, not Beijing’s apparatchiks, control their own destiny. (By Gina Chon)

(This item has been corrected in the first paragraph to show the rise in vehicle prices was monthly.)

Cast member Pedro Pascal poses at the premiere for the television series "The Mandalorian" in Los Angeles, California, U.S., November 13, 2019.