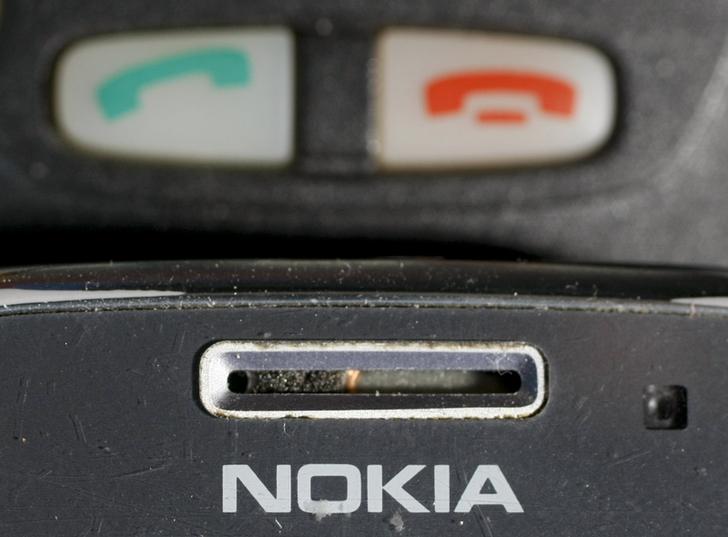 Mobile phones made by Nokia are pictured in this photo illustration taken in Warsaw May 8, 2012.

Sales in the third quarter stood at 3.32 billion euros ($4.20 billion), up 13 percent from the same period a year earlier.

At Nokia Networks, operating profit leapt to 13.5 percent of sales. That exceeded analysts’ expectations of a 9.9 percent margin, and Nokia’s long-term target of 5 to 10 percent.

Nokia shares were up 5.3 percent at 6.86 euros by 1153 GMT. The stock closed at 5.255 euros on April 25, the day Microsoft closed its purchase of Nokia’s handset division. That left Nokia focused on network equipment, mapping, and intellectual property.