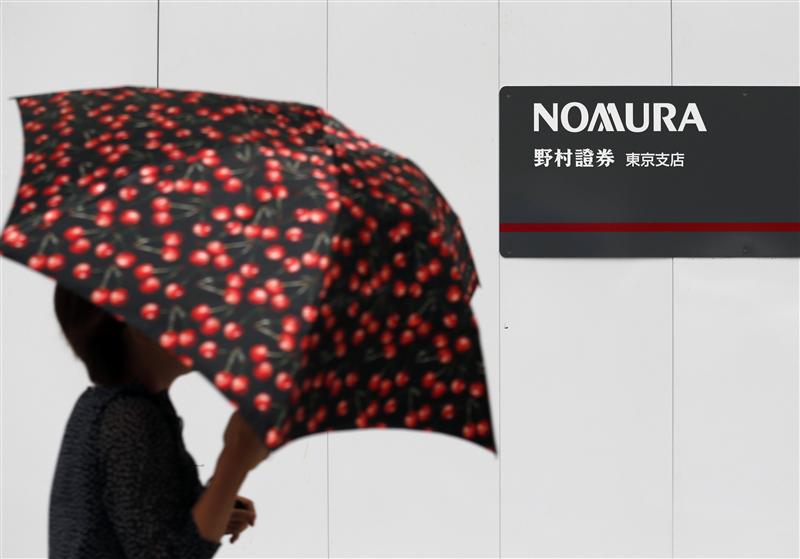 The Japanese firm’s quarterly earnings dropped 42 pct as the domestic equity boom paused for breath. However, its global wholesale business outran peers by keeping pretax profit flat. Though a 6.4 pct return on equity isn’t spectacular, Nomura is no longer the class dunce.

A woman walks past a sign of Nomura Securities in Tokyo

Nomura reported earnings of 38 billion yen ($390 million) for the three months to the end of September. The figure was down 42 percent on the previous quarter, but almost 14 times higher than the same period a year earlier. Return on equity for the quarter was 6.4 percent.
Net revenue was 356 billion yen in the quarter, down 17 percent quarter-on-quarter, and 11 percent below the same period of 2012. The year-on-year decline was caused by Nomura no longer consolidating revenue from its property division.
Retail revenue was 120 billion yen, down 28 percent quarter-on-quarter, while pretax income from the division halved to 40 billion yen. Revenue in Nomura’s wholesale division was 183 billion yen, 6 percent lower than in the previous three months, while pretax profit was roughly flat at 25 billion yen.
Other businesses generated income of 30 billion yen, and generated a loss of 3.5 billion yen - entirely due to Nomura booking an 11.6 billion yen loss due to the increased value of its own credit spreads. The firm also booked a 5 billion yen unrealised gain on equity securities.
Within wholesale, equity revenue was 66 billion yen, down 3 percent on the previous quarter. Fixed income revenue was 94 billion yen, down 4 percent on the preceding three months.
Nomura’s core Tier 1 capital ratio, fully adjusted for Basel III rules, stood at 10.7 percent of risk-weighted assets at the end of September.
Nomura shares closed at 737 Japanese yen, down 0.67 percent.