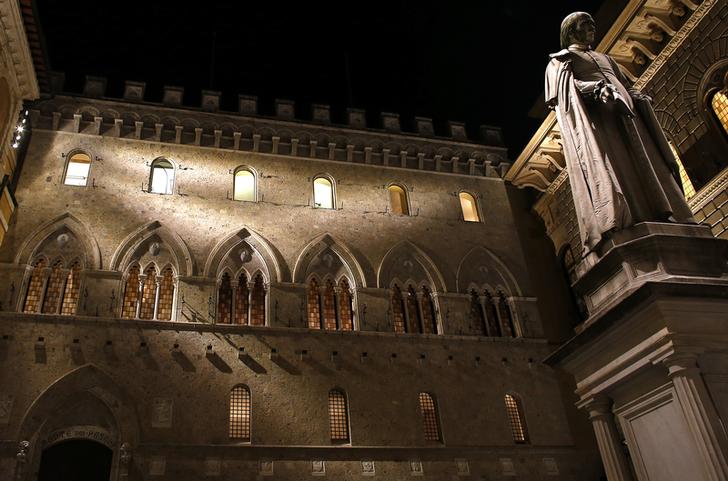 The Japanese bank has resolved litigation with Monte dei Paschi by releasing it from structured transactions. The terms mean Nomura forgoes 440 mln euros – twice as much as Deutsche Bank, which settled over similar trades in 2013. But both banks also gain from ending the saga.

The Monte Dei Paschi bank headquarters is pictured in Siena.

Monte dei Paschi di Siena on Sept. 23 said it had secured a 440 million euro ($492 million) discount on the potential cost of structured transactions entered into with Nomura in 2009, as part of a settlement with the Japanese bank that voids all outstanding litigation relating to the trades.

The Italian bank said the settlement would boost its Basel III common equity Tier 1 ratio by 70 basis points, swell its liquidity by 500 million euros, and produce a positive impact to its net interest income of 40 million euros per year. However, it will result in a one-off post-tax hit to its 2015 bottom line of about 88 million euros, MPS said.

Nomura said it would suffer a loss of 34.5 billion yen ($287 million) from the settlement, to be booked in its July-September quarter.

The Japanese bank said it believed that “the transactions were conducted legally and appropriately, and does not accept allegations made against it or admit any wrongdoing in connection with the settlement.

“Taking into account the views of the relevant European financial authorities and the advice provided by external experts, [Nomura] considers it to be in its best interests to reach a settlement in relation to this matter.”