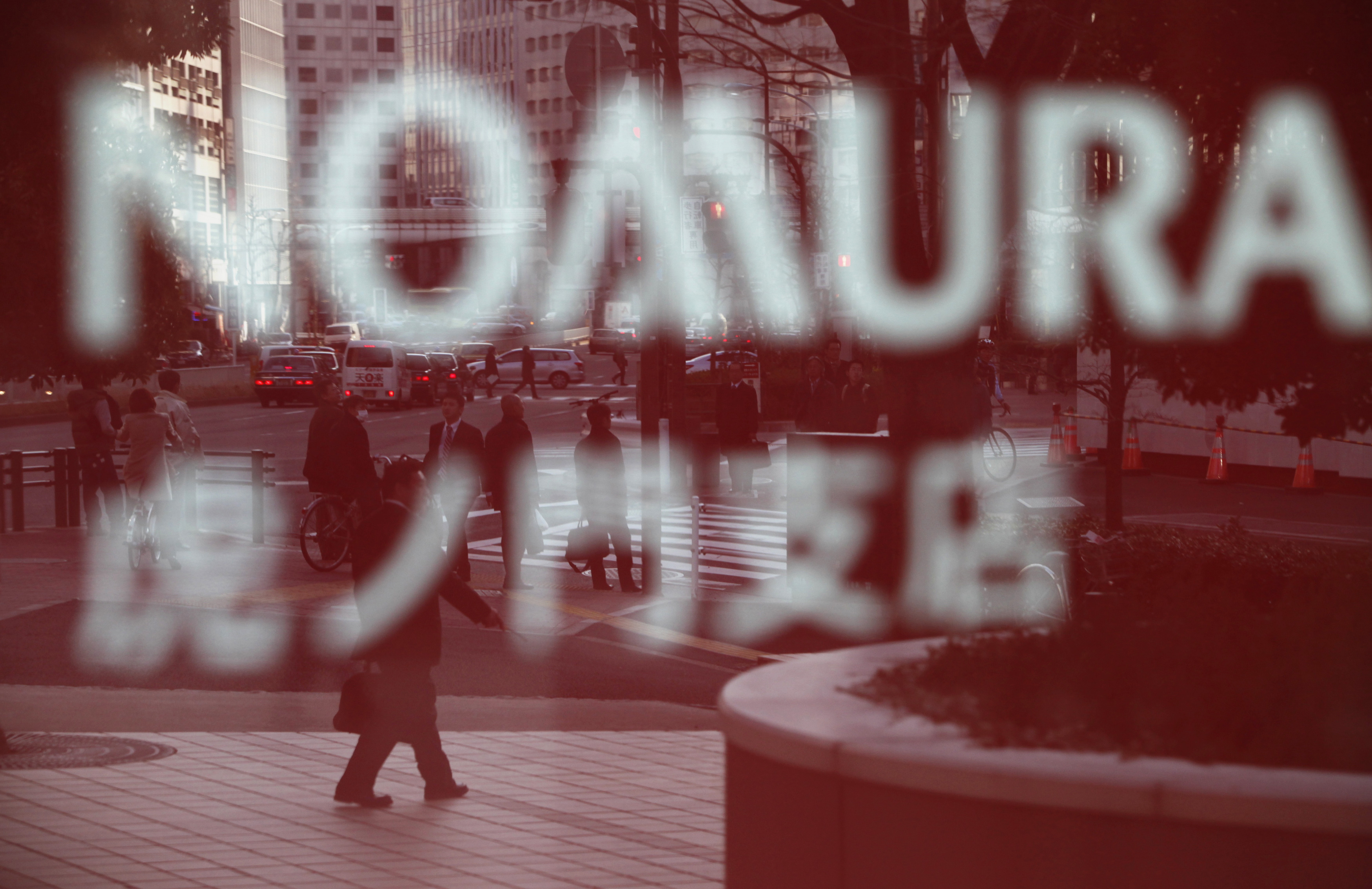 The Japanese bank’s quarterly earnings slumped 15 pct – and overseas outposts barely broke even – in large part because of fixed-income trading. At least Wall Street rivals are suffering, too. In effect, it’s a backhanded endorsement of Nomura’s push into steadier businesses.

Pedestrians are reflected on a window outside a Nomura Securities branch in Tokyo March 5, 2013. Nomura Holdings Inc replaced its chief financial officer and shrunk its line-up of senior managers as part of the Japanese brokerage's largest annual reshuffle in a decade. The reshuffle - the biggest since 2003 in terms of the number of employees changing roles - is the first since Koji Nagai took over as CEO promising to rebuild the company from "the ground up" in the wake of an insider trading scandal.

Nomura, the Japanese investment bank, on Oct. 30 reported earnings of 51.9 billion yen ($457 million) in the three months to September, a 15 percent decrease on the same period a year earlier. Revenue rose 1 percent to 352 billion yen.

On an annualised basis, Nomura said it generated a return on equity of 7.3 percent in the quarter.

As of Oct. 27, Nomura shares have fallen about 1 percent on a total return basis this year, according to Datastream. The FTSE Japan Financial Services index has returned nearly 10 percent, including reinvested dividends, over the same period.