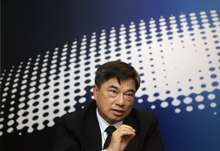 Hong Kong-listed Tingyi, owner of the Master Kong brand and a partner with PepsiCo in China, reported first-half profit of $284 million, up 24 percent from the year-ago period. Revenues grew by 10 percent to $4.5 billion.
In the first half of 2012, turnover of Tingyi’s instant noodle business grew by 16 percent year-on-year to US$1.9 billion, representing 41 percent of the Group’s total turnover. Due to the drop in palm oil prices and a better product mix, gross margin improved by 4 percentage points to 29 percent year-on-year, the company said in a statement.
The turnover of the beverage business increased by 5 percent year-on-year to US$2.5 billion, representing 55 percent of Tingyi’s total turnover. Declining costs of raw material allowed the gross margin of beverages to increase by 3 percentage points year-on-year to 30 percent.
After the announcement, the stock finished up 5 percent on Aug. 20.