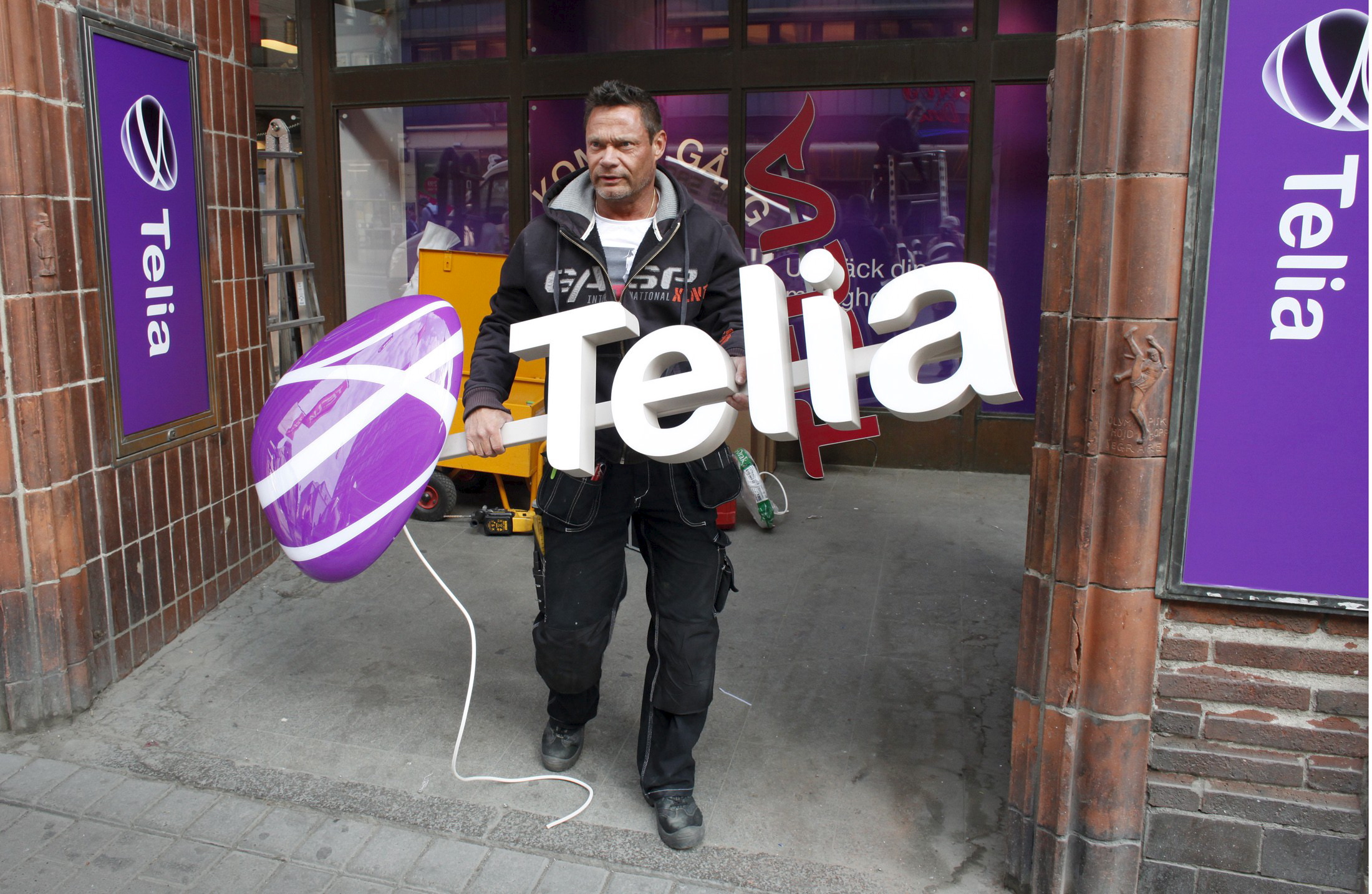 Sweden’s Telia is beefing up its Norwegian operations by buying rival TDC’s local business for $2.6 bln. That gives it a sturdier platform to challenge incumbent Telenor. Cost savings should help deliver a decent return – as long as it avoids price wars or a regulatory clampdown.

A workman prepares to install a sign with TeliaSonera's new corporate logo, outside a store in downtown Stockholm, in this May 12, 2011 file photo. REUTERS/Bob Strong/Files GLOBAL BUSINESS WEEK AHEAD PACKAGE - SEARCH 'BUSINESS WEEK AHEAD APRIL 18' FOR ALL IMAGES - GF10000386289

Telia said the buyout would make the company a strong challenger in mobile, TV and broadband.

TDC’s Norwegian business includes GET, a fibre and TV provider with a total of 518,000 households and businesses connected to its fibre-based network, as well as a business-to-business operation, TDC Norway.

The deal is subject to approval of relevant authorities and is expected to be completed in the second half of 2018, Telia said.