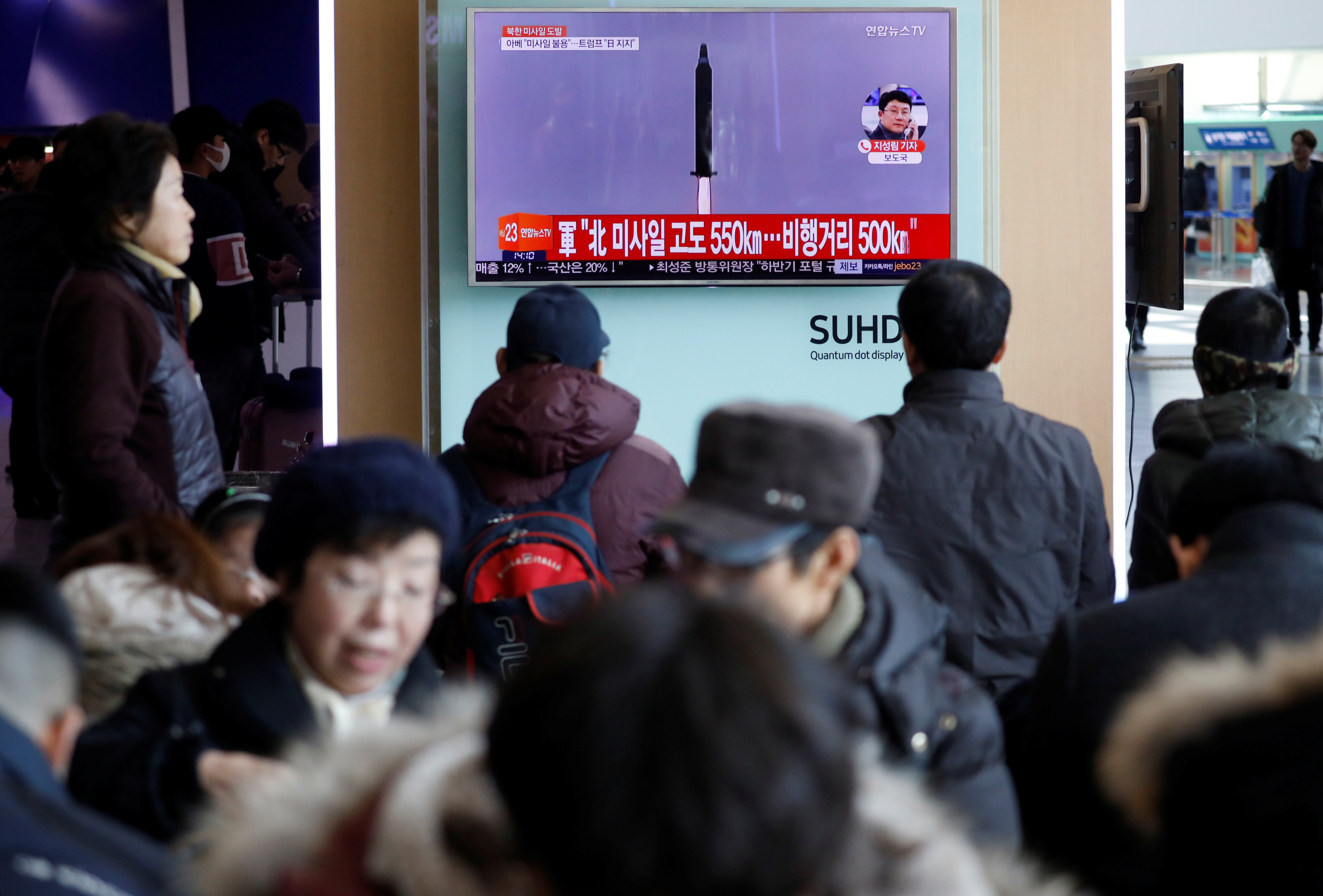 The U.S. president has softened potential conflicts with Japan and China. Pyongyang, which fired a missile on Sunday, is more troublesome. Unlike its neighbours the hermit state offers little room for common ground on jobs or trade. Trump’s business savvy will be of little use.

Passengers watch a TV screen broadcasting a news report on North Korea firing a ballistic missile into the sea off its east coast, at a railway station in Seoul, South Korea, February 12, 2017.

North Korea said on Feb. 13 that it had successfully test-fired a new type of medium- to long-range ballistic missile the previous day.

With the latest missile test, North Korea claimed further advancement in a weapons programme it is pursuing in violation of United Nations resolutions. The reclusive state has conducted five nuclear tests, including two last year, but its claims to be able to miniaturise a nuclear weapon to be mounted on a missile have never been verified independently.

Abe described the latest provocation as "absolutely intolerable" and urged North Korea to comply with U.N. Security Council resolutions. Standing beside his Japanese counterpart in Palm Beach, Florida, Trump said: "I just want everybody to understand, and fully know, that the United States of America is behind Japan, our great ally, 100 percent."

North Korean leader Kim Jong Un said in his New Year speech the North was close to test-launching an intercontinental ballistic missile (ICBM), which, once fully developed, could reach parts of U.S. territory. The latest missile is not believed to an ICBM.