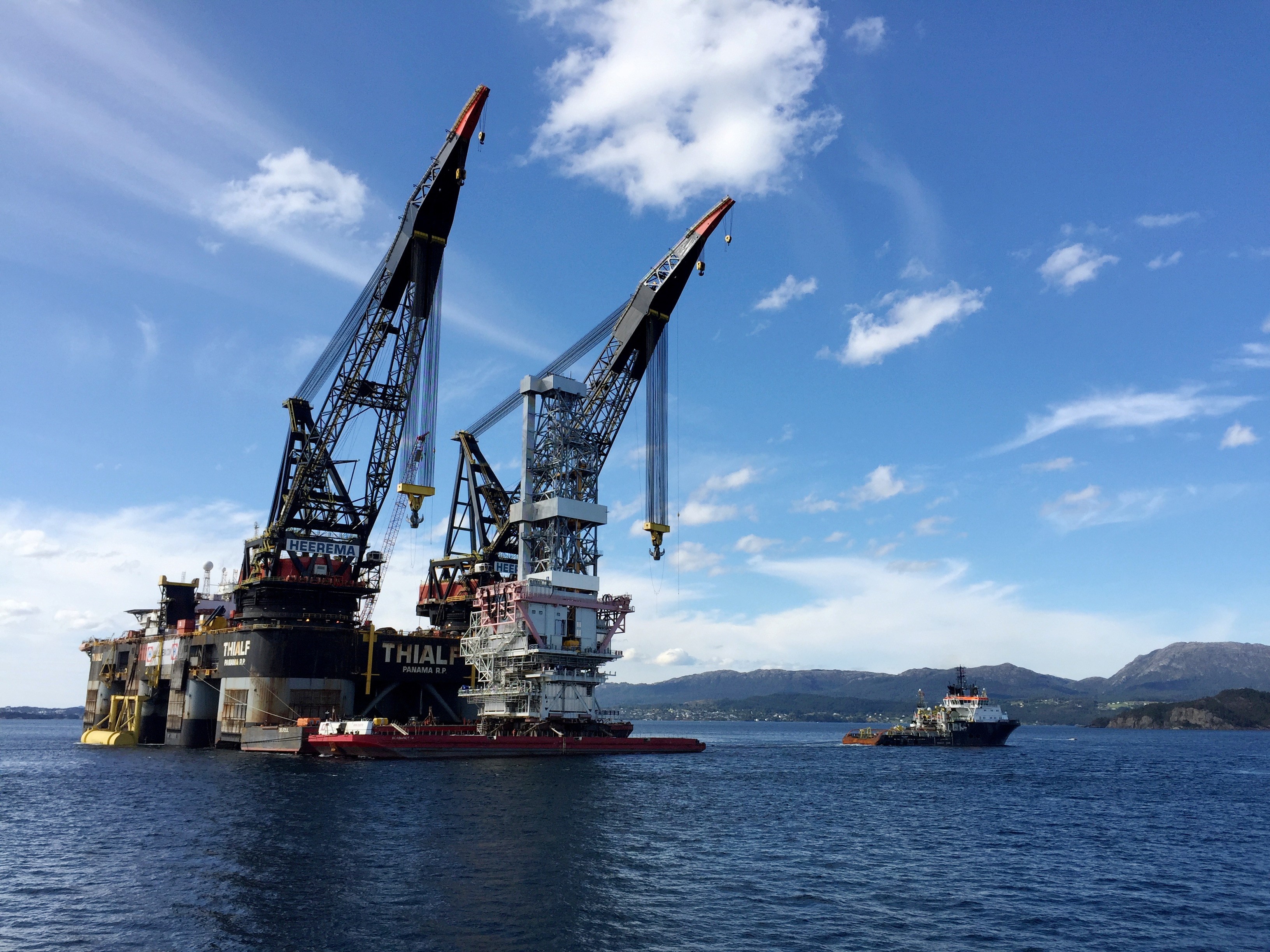 The country’s $1 trln sovereign fund wants to unload oil and gas stocks for diversification. It makes sense given the state’s dependence on fossil fuels, but the world’s biggest equities holder is sending a broader signal: petroleum majors need to prepare for a low-carbon future.

A general view of the drilling platform, the first out of four oil platforms to be installed at Norway's giant offshore Johan Sverdrup field during the 1st phase development, near Stord, western Norway September 4, 2017.

The manager of Norway’s sovereign wealth fund is recommending dropping oil and gas companies from its benchmark, a step that would ultimately eliminate the fund’s exposure to the sector, it announced on Nov. 16. In a letter to the Ministry of Finance, Norges Bank said it was proposing the change because of the government’s overall exposure to oil and gas rather than “any particular view of future movements in oil and gas prices or the profitability or sustainability of the oil and gas sector.”

Oil and gas stocks currently have a weighting of about 6 percent in the benchmark. If the proposal is endorsed by the ministry and approved by parliament, the $1 trillion Government Pension Fund Global would divest roughly $37 billion in oil and gas stocks, according to Reuters.

The sovereign fund is financed by Norway’s oil and gas revenue and the state also owns a two-thirds stake in Statoil. “The return on oil and gas stocks has been significantly lower than in the broad equity market in periods of falling oil prices,” Norges Bank said in a statement. “Therefore, it is the bank’s assessment that the government’s wealth can be made less vulnerable to a permanent drop in oil prices if the GPFG is not invested in oil and gas stocks.”