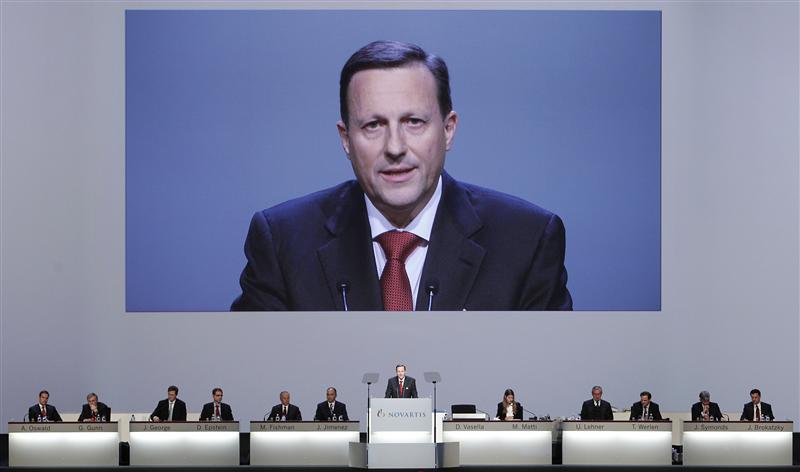 In the face of public fury, the Swiss drugmaker has cancelled $78 mln in non-compete payments to its retiring chairman. Daniel Vasella’s case was extreme: ultra-high reward for essentially no action in an egalitarian land. But it sets a strong precedent for activists everywhere.

Swiss drugmaker Novartis said it will cancel a 72 million Swiss franc ($78 million) pay package for outgoing Chairman Daniel Vasella, which had sparked a wave of fury in Switzerland ahead of a referendum on curbs for executive pay on March 3.
“We continue to believe in the value of a non-compete, however, we believe the decision to cancel the agreement and all related compensation addresses the concerns of shareholders and other stakeholders,” Novartis vice-chairman Ulrich Lehner said in a statement on Feb. 19.
Vasella would have received the “golden handshake” in tranches of 12 million francs over six years as a non-compete agreement. Vasella said in the statement he “understood” that Swiss people found the compensation too high.