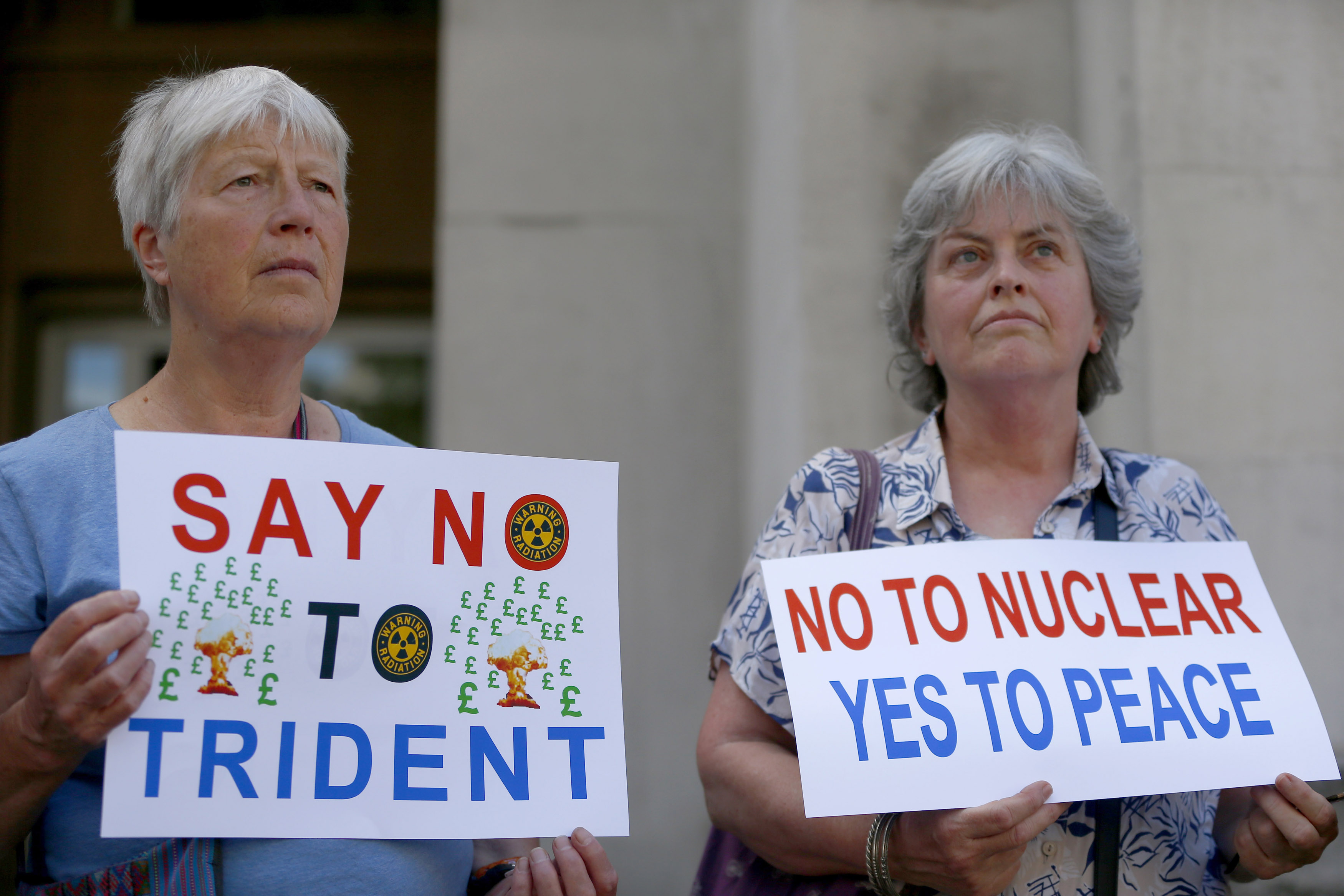 Renewing its ageing fleet of Trident submarines is one way for the UK to punch above its weight. It’s even possible to justify the 31 bln pound cost as a stimulus, since British companies like BAE Systems benefit. Hard power gets more alluring when soft power is in retreat.

Campaigners pose with an anti-Trident banners outside of the Ministry of Defence in London, Britain July 18, 2016. REUTERS/Neil Hall - RTSIIC2

British lawmakers are expected on July 18 to approve the renewal of the UK’s Trident nuclear submarines and missiles.

Replacing the fleet of four ageing submarines would cost 31 billion pounds, with a further 10 billion pounds set aside to cover overspending on the project, according to government estimates. That does not include servicing costs or decommissioning.

The UK developed its first nuclear weapon in 1952 and has since depended on its submarines to provide a constantly patrolling deterrent operating from their base in Faslane, Scotland.

The renewal of the fleet is expected to provide years of work for some British defense and engineering firms such as BAE Systems, Rolls-Royce and Babcock International.