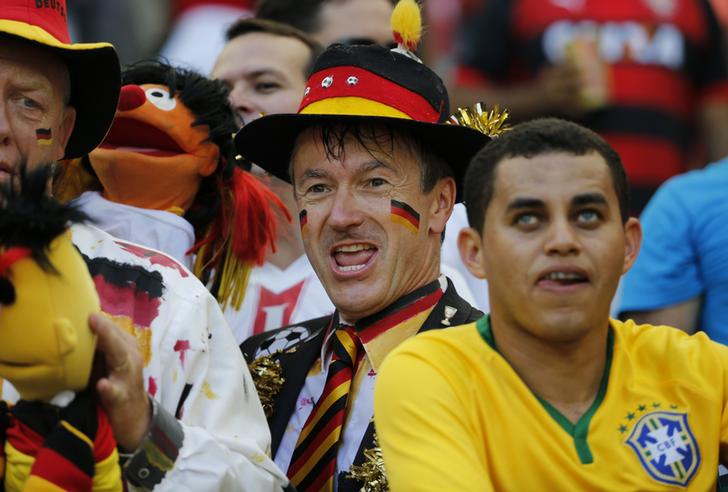 Germany is on course to dash Brazil’s World Cup dream. The football-mad host nation has cruised into the knock-out stages of the global soccer jamboree, while rivals like Spain have gone home early. But Germany will see off Brazil in the semi-final, before going on to lift the trophy by defeating Argentina in the final.

At least, that is what will happen if Breakingviews’ updated Soccernomics calculator proves true to form. The model, which crunches economic and demographic numbers to predict the outcome of World Cup matches, has performed reasonably well during the first half of the tournament. It predicted the correct winner in 27 of the 48 matches in the group stage. Excluding drawn matches, the calculator was right 69 percent of the time.

On-field form plays no direct part in Breakingviews’ predictions. The model combines the transfer value of players, the country’s population, the proportion of people who play soccer, and public engagement with the sport to come up with an overall rating. Teams with the higher rank should win.

The method isn’t perfect. Defending champions Spain ranked fourth on Breakingviews’ methodology, lost their first two matches and departed. Italy, ranked number three, also failed to qualify for the next round. Unfancied Algeria and Greece progressed. Even so, the calculator correctly predicted eight of the sixteen teams that made it through to the knock-out stage.

Of the remaining countries, Germany has the most valuable squad and by far the highest participation rate. Figures from FIFA, the sport’s governing body, indicate that 36 percent of German men are registered to play the game. Brazil has a bigger population and a larger fan base. But across the four criteria, Germany tops the list with the hosts in second place. By the luck of the FIFA draw, the top two nations look set to meet in the semi-final.

Home support and familiarity with hot and humid conditions could boost Brazil. No numerical model can anticipate injuries, controversial refereeing decisions, and luck. But the Breakingviews Soccernomics calculator is sticking with its original prediction. Germany will lift the World Cup.

The 2014 soccer World Cup is taking place in Brazil. The champion will be decided in a game due to be played on July 13.

A German fan poses while sitting in between two fans dressed in the Brazilian team colours before his team's 2014 World Cup Group G soccer match against Portugal at the Fonte Nova arena in Salvador, June 16, 2014.

The 2014 soccer World Cup is taking place in Brazil. The champion will be decided in a game due to be played on July 13.