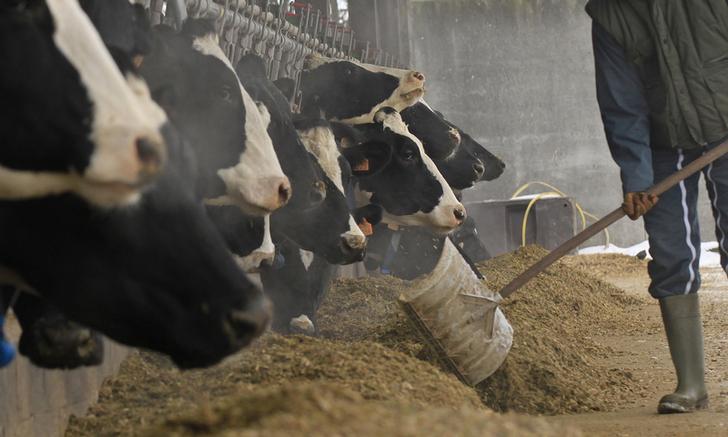 A $3.4 billion buyout of Nutreco highlights the value in the food chain. A wealthy Dutch family is planning to gobble up the Amsterdam-listed animal and fish-feed specialist. With no financial overlap, this looks like a long-term bet on the world’s growing hunger for protein.

Through SHV, the Fentener van Vlissingen clan is offering 40 euros a share for Nutreco, or 2.69 billion euros in total. That’s a reasonable 34 percent premium to the average closing price over the last three months. It equates to an enterprise value of about 9.6 times first-half EBITDA, Nutreco says, slightly above the roughly 9.3 times achieved in two other recent deals.

Nutreco’s weakness put it in play. The shares have fallen 20 percent in a year, against a 1 percent rise in the wider Dutch market. Nutreco has tried and failed to sell its Iberian business, whose focus on compound animal feed fits badly with the rest of the group. It has also suffered as Norway’s Marine Harvest, a big customer, started producing its own salmon feed. A quarterly trading update on Oct. 20 showed Nutreco’s fish feed revenue down 8.2 percent year-over-year.

Gatecrashing this deal would be tricky. This is all very friendly, with no changes to Nutreco’s structure, leadership or strategy. And while the target can consider any counterbid offering at least 8 percent more, SHV has the right to match.

There’s also the bigger picture. A crowded, increasingly urban world is eating more meat and fish. Global protein demand will double by 2050, according to United Nations estimates cited by Marine Harvest. For well-resourced buyers like SHV or Japan’s Mitsubishi Corp, which is leaping into Norwegian salmon farming, that future growth is an appetising prospect.

A farmer dispenses feed to his herd in his cowshed in Seranvillers Forenville near Cambrai, northern France, January 25, 2013.

SHV, an investment vehicle for the Dutch Fentener van Vlissingen family, agreed to buy Nutreco of the Netherlands in a friendly, all-cash deal. The takeover values Nutreco, the world’s biggest salmon feed producer, at 40 euros a share, or 2.685 billion euros in total. The price is a 34 percent premium to the average closing price over the previous three months, the duo said in a statement on Oct. 20.