Thinking outside the Bank 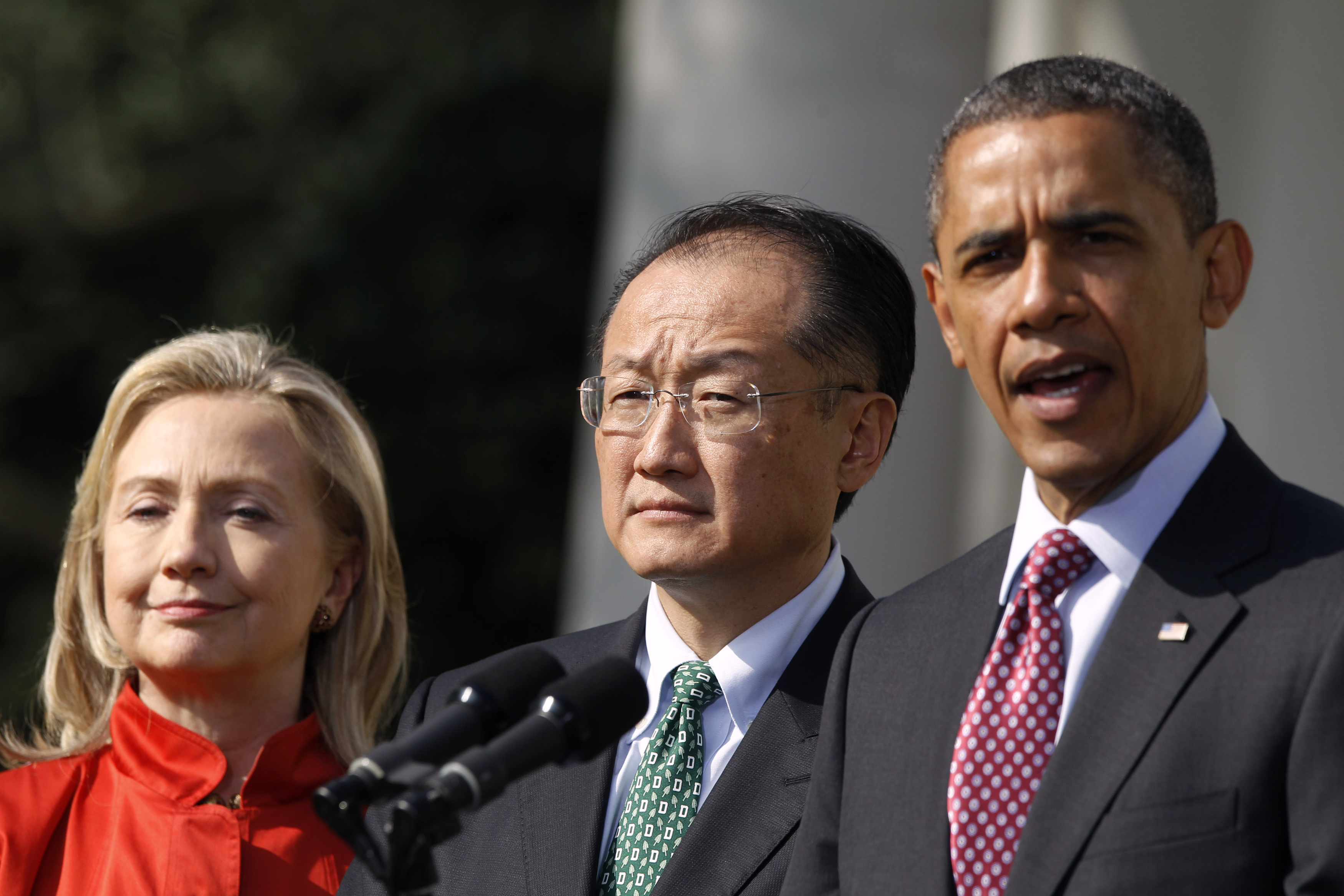 Barack Obama’s pick to head the World Bank comes out of the blue – or, rather, Dartmouth green. Bypassing the usual array of bankers and ambassadors, the president has opted for Jim Yong Kim, a disease-fighting medic who heads the Ivy League college. Kim’s Korean birth and physician’s pedigree may mollify critics of America’s monopoly on the top job. But without the customary grounding in diplomacy or finance, he’s got his work cut out for him.

Experience as an anti-poverty warrior is not a normal prerequisite to head the World Bank. So workers on the front line of development will find Kim a refreshing selection. As co-founder of Partners in Health, Kim helped bring “Cadillac” medical care to impoverished communities in Haiti, Peru and elsewhere. The well-respected group even draws donations from the staff of poverty think-tanks. Kim also headed the World Health Organization’s battle against AIDS.

Indeed, as a candidate to head that organization he would be hard to beat. But he’s an eccentric choice to lead the World Bank. For starters, the multilateral lending agency has been shifting its focus away from healthcare – a need which is serviced by many other organizations, including the Global Fund to Fight AIDS, Tuberculosis and Malaria. More seriously, Kim has so far shown few indications of the diplomatic flair the job regularly calls for.

Even at tiny Dartmouth he has struggled with budget issues and a restive student body. Managing the World Bank’s often rowdy shareholders – consisting of the 187 member nations – has tested the ability of seasoned diplomats like the outgoing Robert Zoellick. Given the growing role of the World Bank in crisis-ridden states, appointing another global troubleshooter such as Susan Rice, the U.S. ambassador to the United Nations, would have come as no surprise.

Kim will also be coming cold to the financial intricacies of running a complicated international lender. Among his tasks will be devising products that appeal to emerging nations that can often get cash with fewer strings attached from markets or new donors like China.
Kim’s candidature may indicate that the White House failed to entice more natural choices from diplomacy or finance. Higher-profile figures may have held out for better offers. Kim may prove an inspired, and more globally acceptable, option. For the moment, though, some suspicion must linger that his nomination reflects a poverty of choice.

U.S. President Obama introduces Dartmouth College President Jim Yong Kim as his nominee to be the next president of the World Bank, in Washington

The United States has picked a public health expert of South Korean origin as its candidate for the World Bank presidency, a job emerging market economies are contesting for the first time.

President Barack Obama will nominate Jim Yong Kim, president of Dartmouth College in New Hampshire, and former director of the Department of HIV/AIDS at the World Health Organization, a senior administration official said on March 23.

Angola, Nigeria and South Africa have endorsed the nomination of Nigerian Finance Minister Ngozi Okonjo-Iweala, a respected economist and diplomat, as a candidate to take over the bank when Robert Zoellick steps down in June.

The United States has held the presidency since the bank’s inception after World War Two, and a European has always headed the IMF.