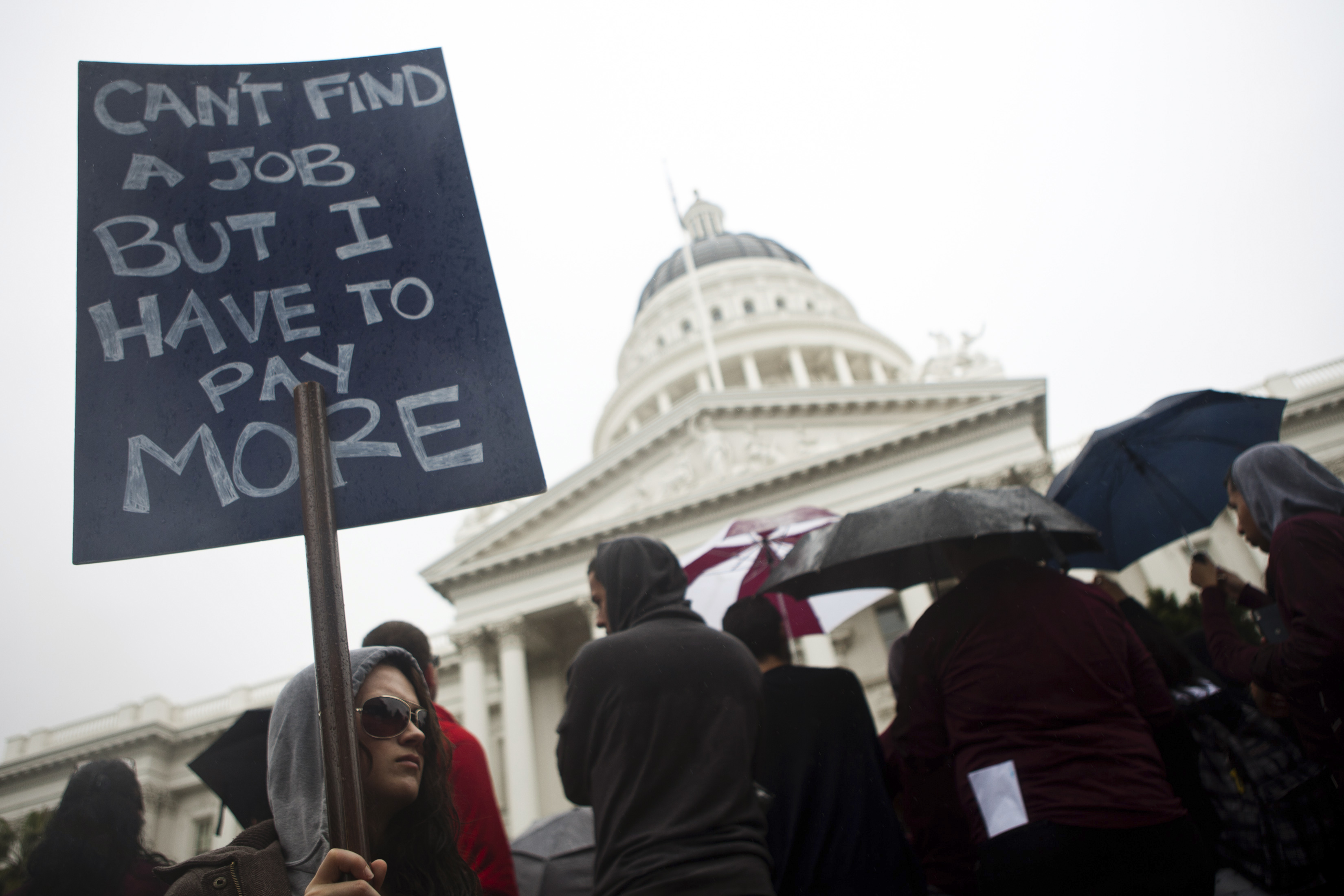 The $1 trln U.S. student loan market fuels soaring tuition fees and leaves taxpayers on the hook for default. The president’s move to lighten the burden on graduates will only increase defaults. And taxpayers are already getting scant return for rising college subsidies.

Thousands of college students and faculty protest at the State Capitol in Sacramento, California. REUTERS/Max Whittaker

President Barack Obama on Oct. 26 proposed accelerating plans to allow those with federal student loans to limit repayments to 10 percent of their discretionary income.

The rules would take effect in January, two years before the change was originally due to take effect under federal law.

Under current rules, graduates have been able to cap federal student loan repayments at 15 percent of their discretionary income. Around 450,000 of America’s 36 million student loan borrowers currently have loans that include an income-based repayment component.