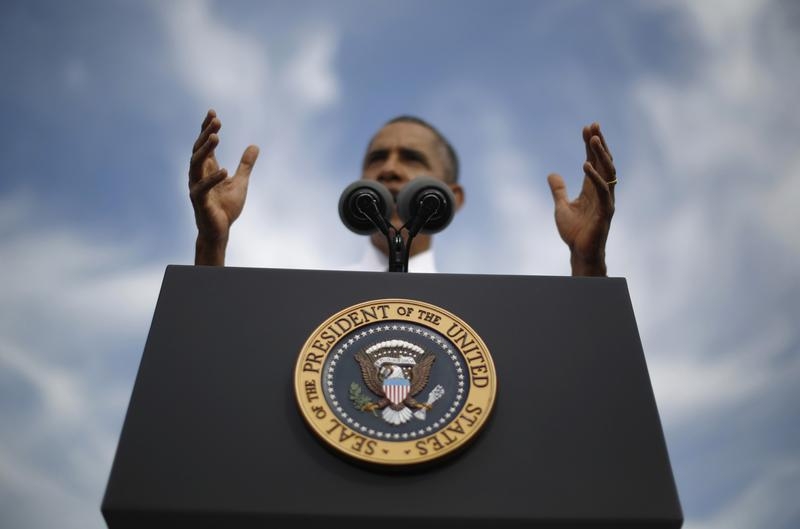 His new budget increases federal outlays by 6.4 pct a year. So to rein in borrowing, tax revenue has to grow at over 7 pct annually. Of course some proposals are pure politics. But a solid U.S. economy could handle less government spending, taking heat out of the revenue fight.

U.S. President Barack Obama unveiled his budget for the fiscal year 2016 on Feb. 2. The plan would increase federal spending by 6.4 percent and taxes by 11 percent for the year. His plans would provide for the same average annual spending increase over a 10-year period, while increasing taxes 7.2 percent on average each year over the decade.

The majority of the president’s revenue-raising proposals would hike taxes on businesses and wealthy Americans. That includes increasing the capital gains and dividend rate to 28 percent from as little as 20 percent, bringing in $208 billion over a decade. Obama would also impose a tax on large financial firms to collect another $112 billion over the period. Other measures to increase taxes on the rich would bring in $739 billion over 10 years.

The administration proposes to boost spending by about $1 trillion more over a decade than the current path projected by Congressional Budget Office estimates. That includes $116 billion more on surface transportation infrastructure. The president would also spend an additional $145 billion on education programs, including preschool programs, tuition-free community college and additional funding for other college grants over that time horizon.