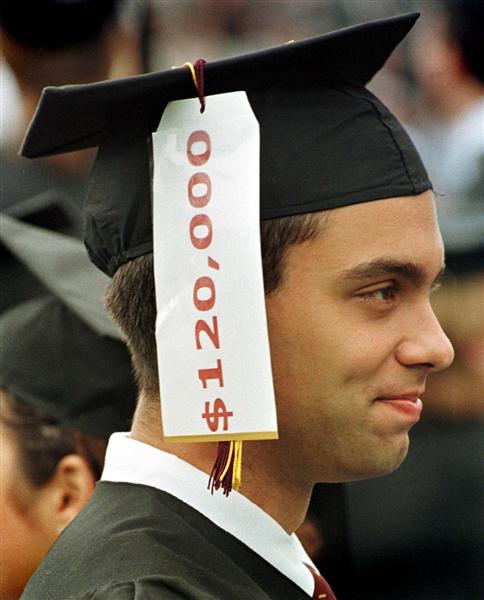 President Barack Obama’s latest tweak to the U.S. student loan program spares the rod and spoils the borrower. Extending repayment caps and debt forgiveness to older graduates gives too many high earners a break. Making everyone pay a flat percentage of income would be simpler, fairer – and cheaper for taxpayers. It could also deliver a valuable lesson in financial responsibility.

The so-called Pay-As-You-Earn program will now cover borrowers who took out loans before 2007 or who have not borrowed since 2011. It caps borrowing at 10 percent of discretionary income and limits total payments to the 10-year amortized rate. In some cases, that will leave an unpaid balance for Uncle Sam to absorb.

The changes will surely please the millions of older graduates still staggering under federally backed education debt. But they also mean that wealthy attorneys, doctors and others who incurred such debt throughout college and graduate school can, in many cases, have a substantial amount of their borrowings forgiven after 20 years.

The rules make a bit more sense for graduates who choose to work for certain non-profits or in public service jobs. Their debt would be forgiven after only 10 years of payments. That still puts a potentially heavy burden on taxpayers, however, even if those jobs pay upwards of $200,000 a year.

The culprit is largely the 10 percent discretionary income cap. That figure was until 2012 set at 15 percent and applied over 25 years rather than the newer plans’ 10 and 20 year limits. That seems plenty generous and made a lot more fiscal sense.

The essential weakness in President Obama’s latest move is that it fails to balance the need to take on debts with the obligation to pay them back. It can also encourage excessive borrowing and troubling maneuvers by educational institutions. Some schools have begun to steer students toward expensive courses of study just to take advantage of the federal government’s loan forgiveness rules, according to the New America Foundation, which has studied the issue.

There’s little doubt students should be given reasonable relief from onerous debt and that colleges and graduate schools should be encouraged to make education affordable. This latest program does neither.

Political science major Paul Fabsik wears a price tag hanging from his mortarboard estimating the cost of his education, May 24 during commencement ceremonies at Boston College in Newton, Massachusetts. Reuters/Brian Snyder 1999

U.S. President Barack Obama on June 9 issued an executive order that expanded eligibility for the federal Pay-As-You-Earn student loan repayment program to those who took out loans before 2007 or have not borrowed since 2011. The plan allows college and graduate-school graduates to cap their loan payments at 10 percent of discretionary income and forgives the balance after 20 years, or 10 years for workers in certain public-service jobs. The White House estimates that the program will cover an additional 5 million borrowers.