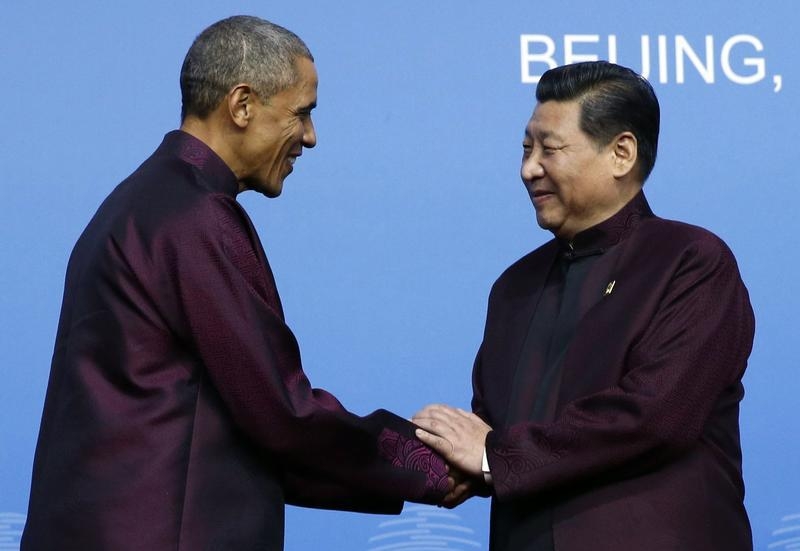 The president has struck a deal with counterpart Xi to limit carbon emissions. It’s not perfect, but could be a fillip to renewables investing and more global action against pollution. Preventing the GOP from derailing Obama’s environmental agenda may be its biggest advantage.

On Nov. 12 the United States and China struck an accord that puts limits on carbon emissions starting in 2025. Chinese President Xi Jinping set a date for peak emissions of “around 2030” and committed to increase his country’s proportion of zero-carbon energy to 20 percent. U.S. President Barack Obama agreed to cut American emissions by up to 28 percent by 2025.

China and the United States also reached a deal to eliminate tariffs on information technology products. The agreement would reduce duties on products such as medical equipment, GPS devices, videogame consoles and semiconductors.

The two nations also agreed to extend the duration of short-term visas. Multiple entry short-term tourist and business visas will now last for 10 years, compared with the current one year. Student visas are to be extended to five years from one year.