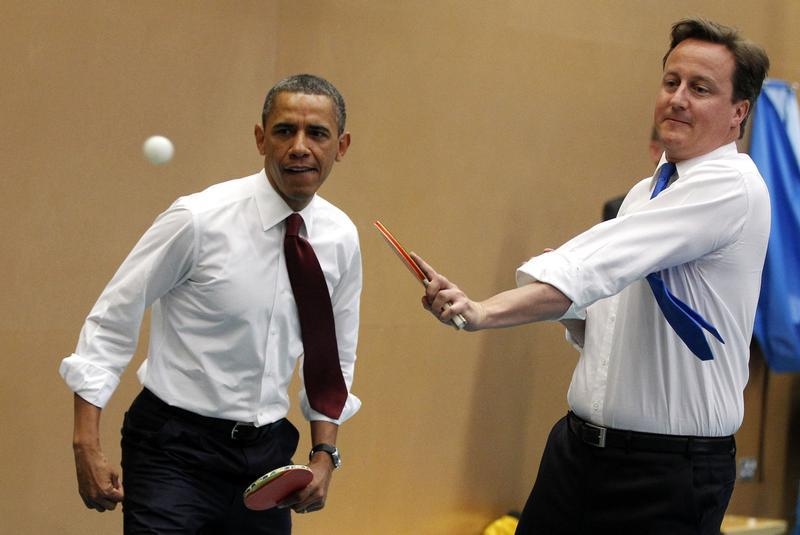 Barack Obama, visiting London this week, could repeat his support for Britain remaining in the European Union, according to news reports. Boris Johnson thinks the U.S. president would be “nakedly hypocritical” to do so. The Americans, the London mayor told the BBC, “wouldn’t dream” of sharing sovereignty in the same way.

That’s a peculiar assertion. The United States and most other countries balance national sovereignty with obligations under international agreements whose benefits are judged to outweigh the limitations they place on lawmakers. The UK can quit the EU any time, with or without a referendum like the one set for June 23. And Obama would hardly be going out on a limb by stating that the big-picture economic case for remaining in Europe is powerful. The overall benefits of reduced trade barriers – the EU is the destination for 44 percent of UK exports – are supported by all kinds of academic research. Britain would almost certainly be poorer, to some degree, outside the bloc.

Still, Obama should choose his words carefully. The likes of Johnson and, on the other side of the Atlantic, Donald Trump are tapping a vein of dissatisfaction which could overpower the facts.

The weakness in the “Remain” economic case is that it doesn’t distinguish between the haves and the have-nots. The rise of inequality, the sense of a government-financial complex operating in its own interests, and a mistrust of politicians and globalization generally seem among the factors behind Trump’s success thus far in the U.S. presidential race, as well in the steady support for the “Leave” effort. “Remain” has gained ground in recent days, according to the Economist’s poll tracker as of April 21. But the odds of a UK departure have shortened at the bookmakers and Breakingviews’ Brexit Index is rising.

A similar dynamic applies to migration. As Trump’s proposal for a 2,000-mile wall shutting out Mexicans demonstrates, national borders provoke strong emotions. The UK is not a party to the Schengen Agreement, which allows passport-free travel in much of the rest of the EU. So leaving wouldn’t automatically strengthen British borders against undesirable visitors. But it would mean the UK no longer had the obligation to allow citizens of other EU countries the right to live and work there.

About 3 million EU citizens live in the UK, while some 1.2 million Brits live elsewhere in Europe, FullFact.org says. As with increased trade, academic research suggests that migration has a positive effect on economic performance in the aggregate. But low-skilled immigration provokes suspicions of a drain on welfare programs. And as with globalization, there are typically natives who lose out, and they are feeling ignored.

The proponents of staying in the EU – and even the Brits’ elected representatives in Brussels – seem to be failing to tackle this populist, or perhaps simply human, element. They certainly haven’t kept people engaged. In 2014’s European elections, the UK turnout was a mere 36 percent, even lower than the pitiful European average of 43 percent. Contrast that with the UK’s general election turnout of 66 percent last year – a figure that has been rising since 2001.

Even the entire British contingent can’t control the European Parliament, of course. The institution is, however, one way to be heard in Europe. But not enough people seem to care.

If Obama does speak up he’d be on the side of economic reason. But just as Trump’s supporters defy logic, Brits look ready to blow a raspberry at the establishment. The UK’s Europhiles need to reach beyond minds to voters’ hearts.

U.S. President Barack Obama is due to visit London on April 21-24.

U.S. President Barack Obama is due to visit London on April 21-24.