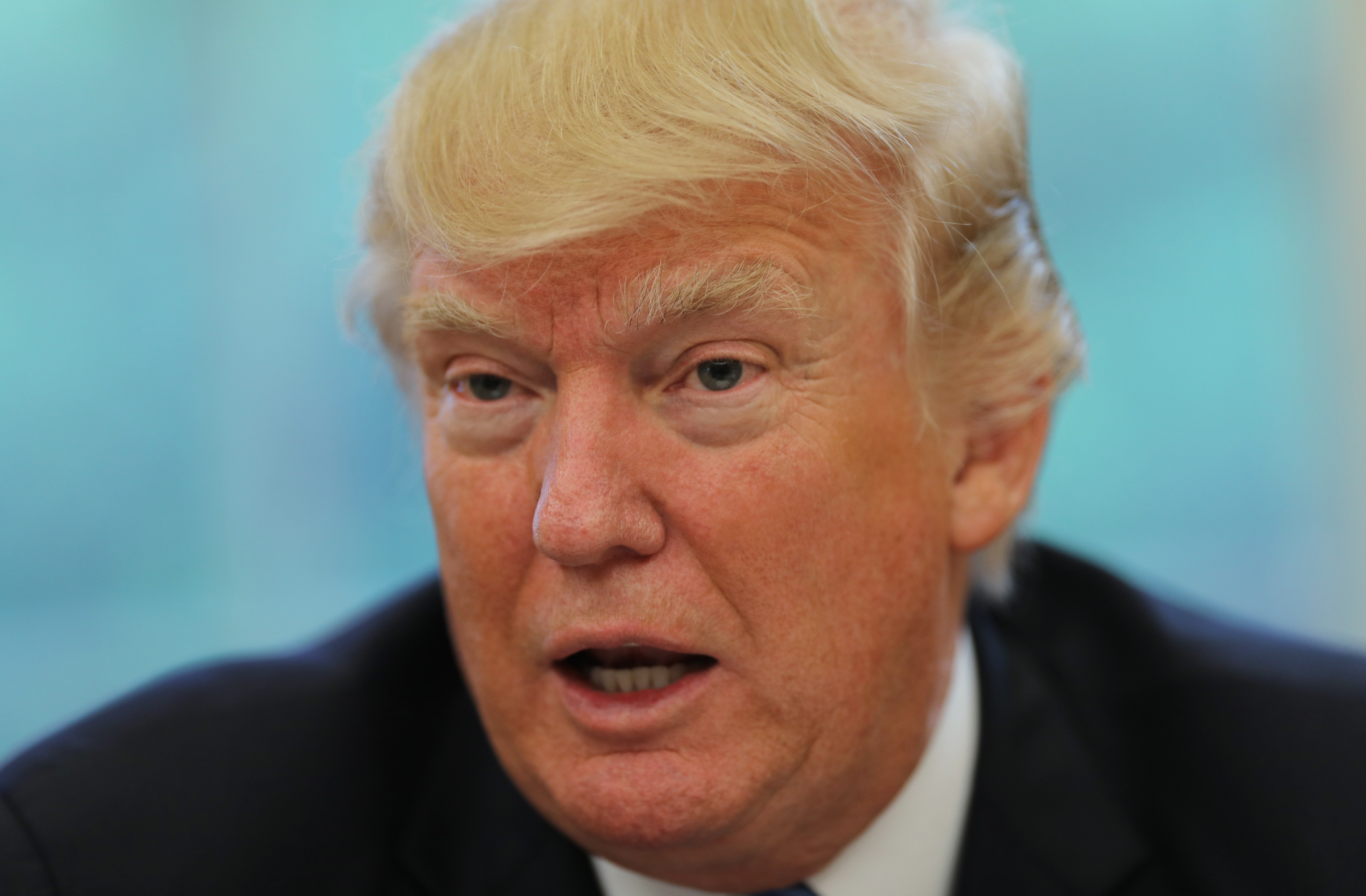 The party is hell-bent on pushing a new health framework to fulfill campaign pledges. Congressmen are moving so quickly that the costs and coverage fallout are unknown. Important benefits could be waived while sick people pay more. Only voters may cure this political malady.

U.S. President Donald Trump speaks during an interview with Reuters in the Oval Office of the White House in Washington, U.S., April 27, 2017.

The U.S. House of Representatives is planning to vote on May 4 to replace the Affordable Care Act, better known as Obamacare. The Republican proposal, called the American Health Care Act, would repeal most of the taxes in place to fund the existing plan, and no longer impose a penalty for not having health insurance.

The new bill would cut $880 billion in Medicaid funding over 10 years and end expansion of that program. Subsidies to acquire insurance would be based on age instead of the current system of income.

Under the proposal, states also would be allowed to obtain waivers from Obamacare requirements that prohibit higher premiums for people with pre-existing medical conditions and that require “essential health benefits” for coverage, including maternity care and emergency services. For states waiving the minimum benefits, employer-provided insurance plans could impose a cap on coverage for certain types of care, which could affect long-term, expensive illnesses such as cancer treatment.

Under an amendment offered by Representative Fred Upton, an additional $8 billion, five-year fund would be created to help people with pre-existing conditions who live in states that waive that Obamacare condition. The funding would go toward high-risk pools, which are run by the government and offered to people who are denied coverage or find private-insurance expenses are too high. As of early on May 4, an amendment that allows members of Congress and their staff to retain benefits under Obamacare was also scheduled for a vote. Representative Tom MacArthur said he would introduce a bill to close that loophole.

The Committee for a Responsible Federal Budget said on May 3 that the latest proposal could save the government $155 billion over 10 years or cost $115 billion over that same period, depending on how many people enrolled in the program.

The Congressional Budget Office has not had time to score the latest proposal. In a review of similar legislation that failed to come to a vote in March, the agency said the number of additional uninsured people would rise to 24 million by 2026. The federal deficit would be reduced by $337 billion through 2026, largely because of less spending on insurance subsidies and Medicaid, the CBO said.