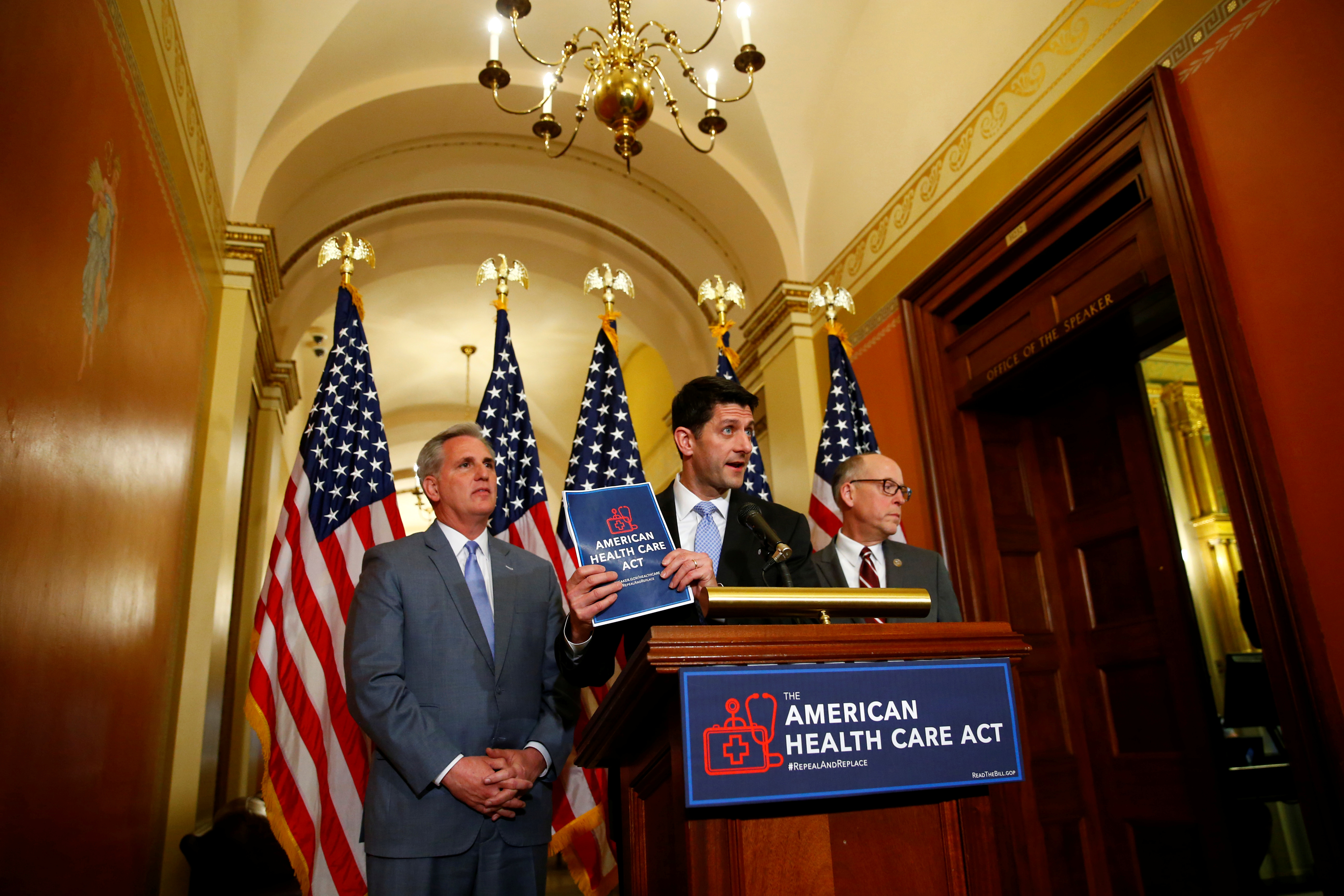 The new GOP healthcare plan has been condemned by party conservatives and moderates as well as industry groups. The president is embarking on a charm offensive to woo doubters. His performance will have implications for other policy pushes, like tax reform and a fiscal stimulus.

Two committees in the U.S. House of Representatives on March 8 will consider a bill to repeal and replace the Affordable Care Act, otherwise known as Obamacare. The Republican proposal unveiled on March 6 eliminates the requirement to have health insurance and penalties if coverage is not obtained. Republicans did not say how much the plan would cost or how many people it would cover.

Several conservative Republicans, the Club for Growth and other groups have publicly said they oppose the bill. AARP, which represents people who are at least 50 years old, estimated that annual insurance premiums could increase by as much as $8,400 for a 64-year-old earning $15,000 a year. S&P Global Ratings said that as many as half of the 20 million people who obtained coverage through Obamacare could lose insurance under the House plan.

U.S. President Donald Trump has endorsed the proposal and the White House is organizing a lobbying effort. Trump will meet with conservative leaders on March 8 before having dinner with Senator Ted Cruz and his wife.