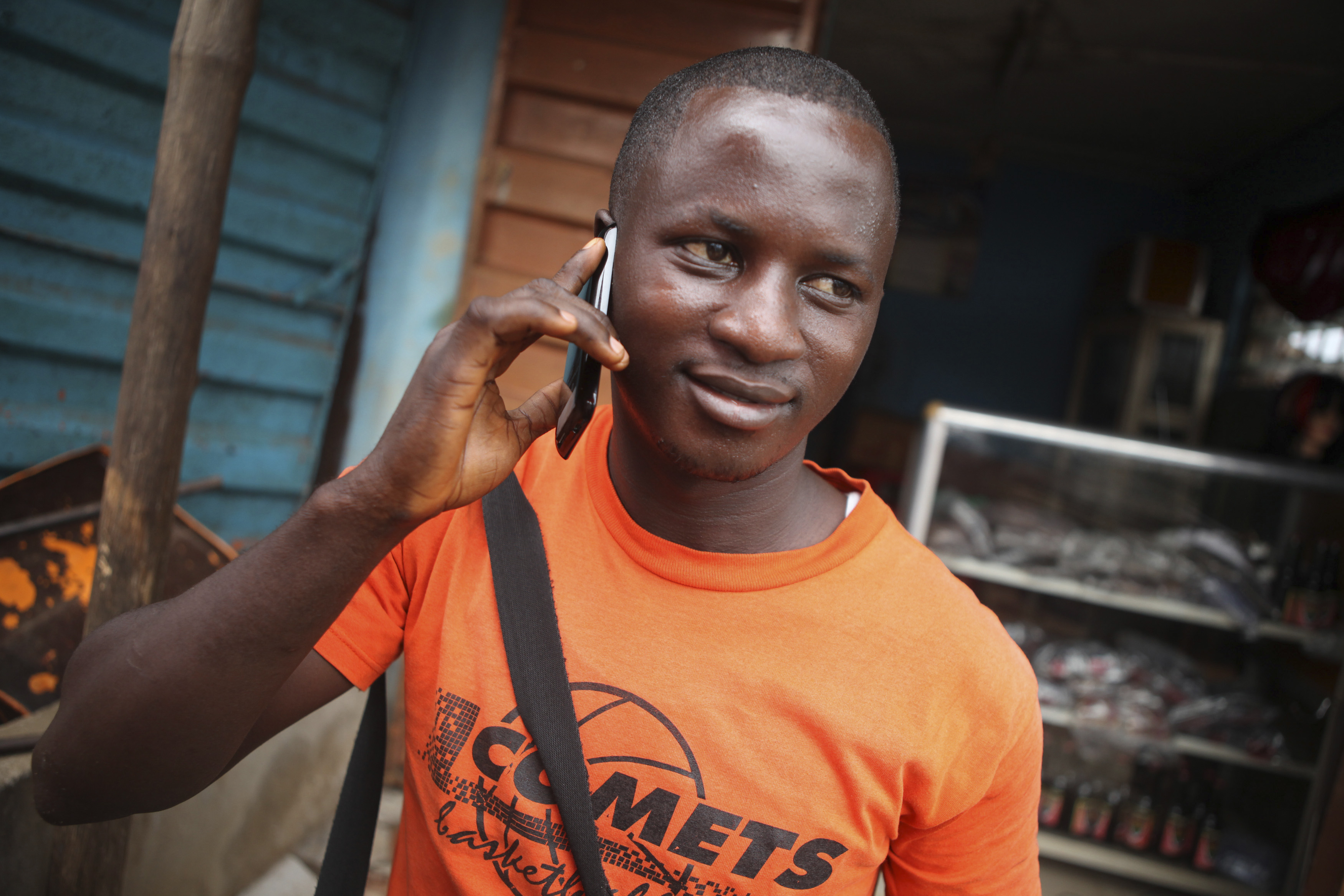 The president is providing $7 bln to boost access to electricity in a continent where only 31 pct of people can plug in and charge up at present. President Roosevelt’s electrification projects eliminated much rural poverty in America. Obama’s initiative is similarly well aimed.

A man makes a call on a mobile phone in Sierra Leone's capital Freetown December 13, 2012.

President Barack Obama on June 30 announced a program worth $7 billion over five years to develop African power resources. The U.S. Overseas Private Investment Corp will provide $1.5 billion of guarantees while the Export-Import Bank of the United States will make available another $5 billion. Private companies including General Electric are making an additional $9 billion in commitments.
According to the International Energy Agency, 31 percent of sub-Saharan Africans (60 percent in urban areas, 14 percent in rural areas) had access to electricity in 2009, a percentage that on current trends is expected to increase to only 50 percent by 2030. Access to electricity in 2009 was 69 percent in South Asia, 91 percent in China and East Asia, 93 percent in Latin America and 89 percent in the Middle East.