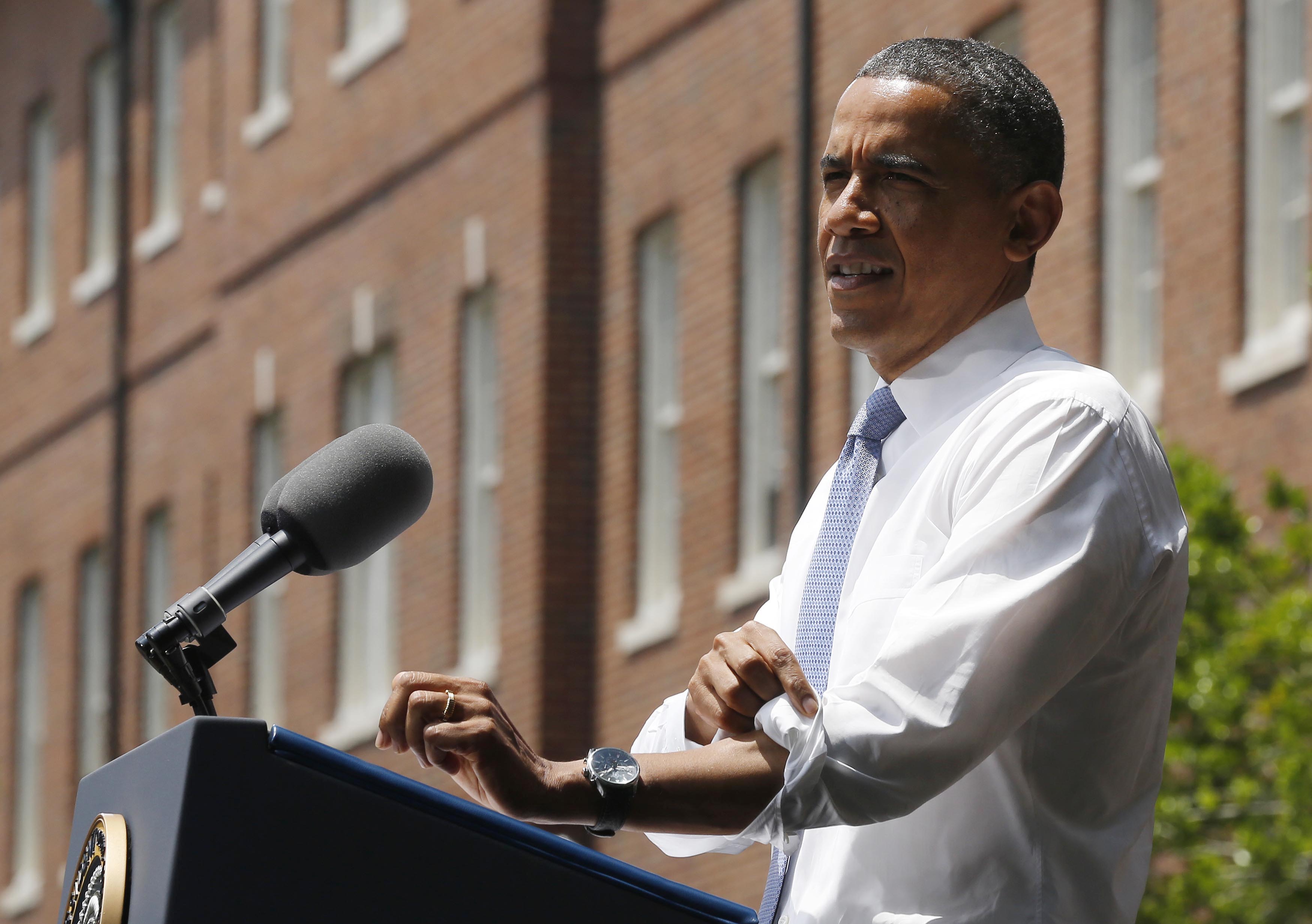 The president’s new pollution caps will probably just lead to increased coal exports, already at a record high, and lower industry profitability – but not to the intended goal of climate improvement. His $8 bln fund to clean up the fossil fuel is a better way forward.

U.S. President Barack Obama rolls up his shirt sleeve before he speaks about his vision to reduce carbon pollution while preparing the country for the impacts of climate change while at Georgetown University in Washington, June 25, 2013. REUTERS/Larry Downing

President Barack Obama on June 25 announced a plan to limit carbon emissions from existing U.S. power plants. Part of the proposal will be to direct the Environmental Protection Agency to draw up carbon limits by June 2014, to be finalized a year later.
The United States exported 13.6 million short tons of coal in March 2013, according to the U.S. Energy Information Administration, a new monthly record. China was the top destination, followed by the Netherlands, the United Kingdom, South Korea and Brazil.
As part of the plan, the White House announced up to $8 billion of federal loan guarantees to spur investment in technologies that capture carbon emissions from power plants and other innovative technologies.
In addition, the proposal will set a goal to use tighter energy efficiency standards on appliances and in federal buildings to cut 3 billion tonnes of carbon cumulatively by 2030, more than half current annual emissions.
The plan will also ramp up clean energy production on public lands to power 6 million homes by 2020.