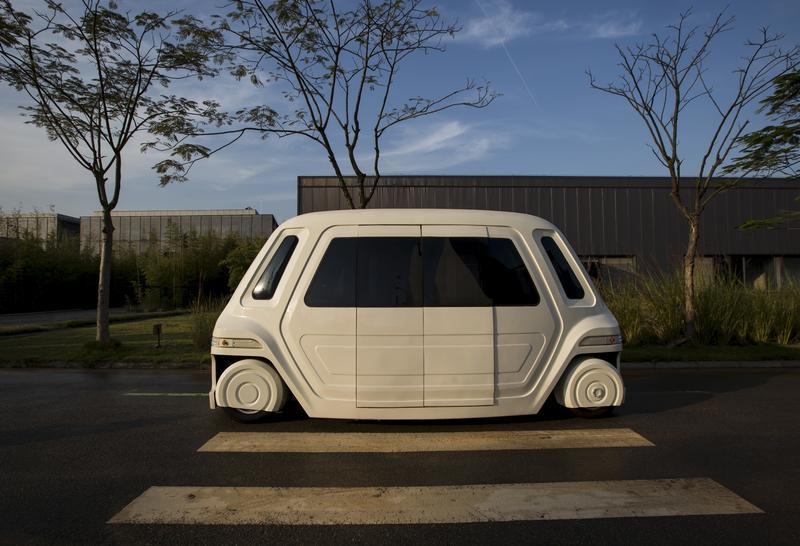 The Obama administration’s driverless car idea needs a turbo boost. The U.S. president plans to ask Congress for almost $4 billion to invest over 10 years to create a new regulatory framework and set up areas to test the technology, Transportation Secretary Anthony Foxx said on Thursday. It’s a smart goal: the shift to connected and automated cars could save lives and money. But Uncle Sam can do more to speed up the process.

The revolution is already under way. Tesla’s Model S sedan is perhaps the best-known example of a vehicle that can change lanes on the highway and avoid collisions with minimal driver input. Several other manufacturers are using similar features in some of their models, too.

The uptake is slow, though, in large part because it’s expensive. Such gizmos can add $3,000 or more each to the cost of a new vehicle. That’s more than most drivers are willing to shell out for the extra safety.

Washington has an incentive to help. Around 33,000 Americans die in car accidents each year, with another 3.9 million injured. The carnage costs the U.S. economy about 6 percent of GDP – some $910 billion a year, Boston Consulting Group estimates. Putting cars under the control of software rather than error-prone humans could eliminate over 90 percent of fatal crashes, according to the National Highway Traffic Safety Administration.

Fully autonomous driving, though, is at least a decade away, according to most industry watchers. Safety gadgets like blind-spot detection, forward-collision avoidance and the like already exist, though. If more cars came fitted with these, perhaps 28 percent of car accidents could be avoided, BCG estimates. That could save the economy $251 billion a year otherwise lost on repairs and lost productivity.

That’s an average of around $14,000 for every new car sold in the United States in 2015, far more than the current price tag for one of these features. Tax breaks to encourage drivers to upgrade could help assuage the hit to their wallet – along, perhaps, with tougher safety standards as an added incentive. Considering the benefits, it ought to a be a no-brainer.

President Barack Obama plans to ask Congress for nearly $4 billion over 10 years to speed the development of driverless cars, the Department of Transportation said on Jan. 14 at the North American International Auto Show in Detroit. The money would be used to create a new regulatory framework for self-driving vehicles and test the technology in various designated areas throughout the United States.

The transportation agency said the National Highway Traffic Safety Administration would “work with industry and other stakeholders to develop guidance on the safe deployment and operation of autonomous vehicles” within six months. It will also work with state safety regulators to develop a consistent set of national and state rules.

NHTSA administrator Mark Rosekind said the technologies being developed for use in automated and autonomous cars could “eliminate 94 percent of fatal crashes involving human error.”