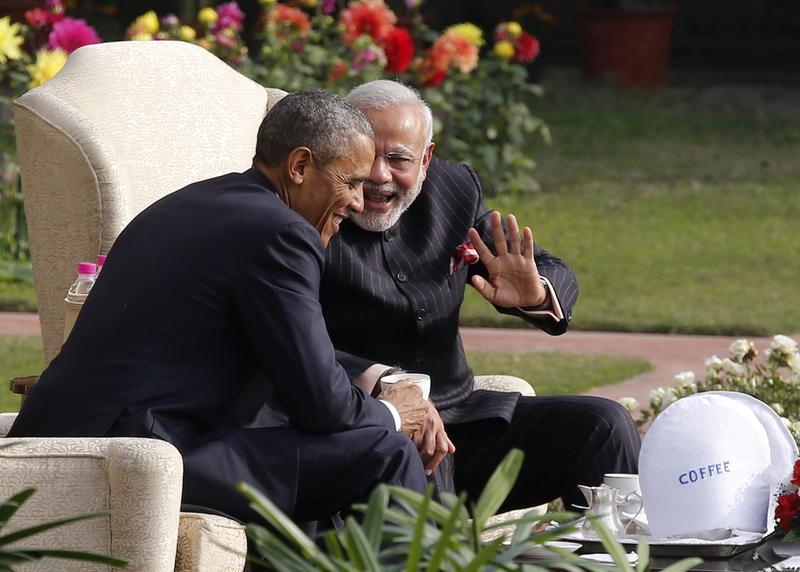 Barack Obama’s nuclear gift to India looks like a shrewd investment. By agreeing to a workaround that protects power station builders from civil liabilities in the event of a meltdown, the U.S. president has effectively unblocked New Delhi’s reactor programme. The bigger bet is on ending India’s energy crisis.

The agreement, struck on the first day of Obama’s visit to Indian Prime Minister Narendra Modi, could bring new orders for equipment makers like GE-Hitachi, Toshiba’s Westinghouse and France’s Areva. About 4 gigawatts (GW) of new nuclear power capacity is under construction in India; another 40GW is planned over the next 10 years. Even if only half of it gets built, that’s worth $35 billion in contracts.

But a more potent opportunity for U.S. businesses may be the jolt to Prime Minister Narendra Modi’s “Make in India” campaign. Lack of power is the single biggest obstacle to making India a manufacturing force. Electricity supply in northern parts of the country, which are poor and bursting with surplus labour, fell 6 percent short of demand in December.

Mining more coal will remain Modi’s first priority. But nuclear power will play an important supporting role. Currently it accounts for just 3 percent of India’s total electricity consumption; a legacy of the country’s pariah status in the global market for fissionable materials. That ended in 2008 with a civilian nuclear agreement with the United States. But the reactors that were conceived got stuck after India passed a law in 2010 making global equipment makers liable for accidents.

Obama has cut Modi some slack by agreeing to a compromise whereby state-run Indian insurers share the liability. Though it’s unclear how much they will charge for that insurance, this looks like a transfer of risk from manufacturers to Indian taxpayers. The President also dropped the U.S. demand that it retain the right to inspect Indian facilities that are under international safeguards.

Doubling India’s 5GW of nuclear power capacity could make low-cost manufacturing in India a viable option before Modi is due for re-election in 2019. By backing a man who until last year wasn’t welcome in the United States, Obama is betting big on the India opportunity.

U.S. President Barack Obama and India's Prime Minister Narendra Modi (R) talk as they have coffee and tea together in the gardens of Hyderabad House in New Delhi January 25, 2015.

India and the United States reached an agreement on Jan. 25 to unblock a civilian nuclear power deal as President Barack Obama visited the country.

The deal has stumbled since New Delhi passed a law in 2010 making nuclear equipment suppliers like GE-Hitachi and Westinghouse liable for any accidents. The financial risk will now be borne by Indian state-owned insurers.

According to Indian newspaper reports, Obama also used his executive authority to drop the demand that U.S. authorities be allowed to inspect Indian nuclear plants that are already under safeguards enforced by the International Atomic Energy Agency.

India wants to more than double the share of nuclear power in electricity production to 6.4 percent by 2032, from about 3 percent at present.

Power supply in India fell 3.2 percent short of demand in December. The deficit was as high as 6.4 percent and 16 percent in the country’s north and northeast, respectively, according to the Central Electricity Authority in New Delhi.