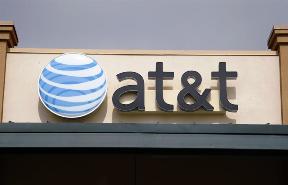 The No. 2 U.S. mobile company bet it could persuade regulators that buying No. 4 T-Mobile would benefit consumers. The U.S. DOJ senses a weak hand. With the industry a near duopoly, the government’s read looks right. AT&T isn’t folding but looks on the verge of a bad beat.

The U.S. Department of Justice on Aug. 31 sued to block AT&T’s agreed $39 billion acquisition of Deutsche Telekom’s T-Mobile USA unit because of competition concerns. AT&T has promised T-Mobile $3 billion cash, as well as spectrum rights and a roaming agreement worth approximately $3 billion if the deal isn’t completed.

“The combination of AT&T and T-Mobile would result in tens of millions of consumers all across the United States facing higher prices, fewer choices and lower quality products for mobile wireless services,” Deputy Attorney General James Cole said in a statement.

AT&T shares were down nearly 5 percent in late morning trading while those of rival Sprint gained about 6.5 percent.