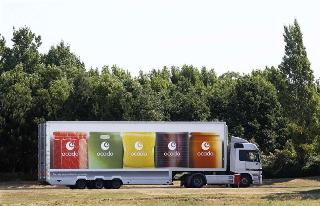 The UK online grocer’s pre-tax profit fell in the first half and net debt is rising. Its big dream of selling cutting-edge technology to other retailers generates less than 10 percent of revenue. Rapid delivery is imperative at a time when Amazon is prowling the aisles.

“…we’ve seen increased interest in our (technology) solution from players in the U.S.,” he said. Ocado pioneered the use of software and automation to pick online grocery orders in huge warehouses, rather than by hand in stores.