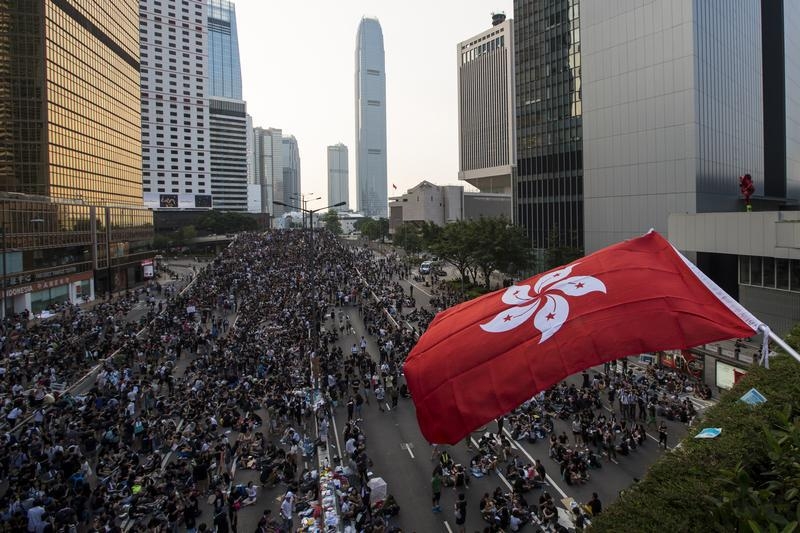 Hong Kong’s pro-democracy movement misses the real threats to Hong Kong’s future. While tens of thousands of protesters led by students have taken to the streets demanding electoral reform, most of the city’s 7.2 million residents have shied away. Universal suffrage deserves public support, but the gradual erosion of rule of law and free speech poses a greater threat to the city’s prosperity. It’s unlikely these concerns can unite the city in open confrontation with Beijing.

Despite the large turnout, student-led protests have failed to attract participation from the rest of the city. One reason may be pragmatism. China’s rejection of public nomination of candidates for the 2017 chief executive election is largely interpreted as a U-turn on Beijing’s commitment to the Basic Law, Hong Kong’s quasi-constitution. But for many, what’s proposed is still better than nothing – and may even be a pilot for deeper reforms in the mainland itself.

Fear is a factor too. There is a genuine concern that a heavy-handed crackdown from Beijing is imminent should things escalate. Hong Kong’s leader has had to publically reassure the city that deploying the People’s Liberation Army forces, stationed in Hong Kong, is unnecessary. Comparisons with the Tiananmen Square demonstrations 25 years ago, which the authorities also tried to wait out until finally losing patience, further reinforce these anxieties.

The real problem is that the things that could really anger the middle classes aren’t on Occupy’s narrow agenda. The region’s commitment to rule of law and freedom of speech are increasingly at odds with China. The mainland’s response to the protests thus far has been to censor social media references to the movement. Beijing’s suggestion in June that Hong Kong judges should be patriotic also rankled.

Erosion of rule of law and creeping censorship have far-reaching consequences on individuals and businesses. Even so, unlike an election fixed for 2017, these are gradual and granular processes. They progress by individual cases, and personal encounters, which makes them unlikely to bring the majority onto the streets. The Occupy movement has shown the world that peaceful protest is possible. It may not have changed Hong Kong’s destiny.

A protester waves a Hong Kong flag during a rally as they block the main road to the financial Central district in Hong Kong September 29, 2014.REUTERS/Tyrone Siu

Tens of thousands of pro-democracy protestors are calling for universal suffrage in the “Occupy Central with Love and Peace” civil disobedience movement. The campaign is a response to a decision handed down by China’s parliament on Aug. 31 rejecting demands for free leadership elections in the former British Colony.

The protests had spread beyond its main areas in Hong Kong’s central and government districts to at least three popular shopping districts.

Police maintained a low profile, despite initial skirmishes with protestors on Sept. 29 that included the use of tear gas and batons.

Leaders of the Occupy campaign, as well as two student groups, have also called for Hong Kong’s leader Leung Chun-ying to step down.