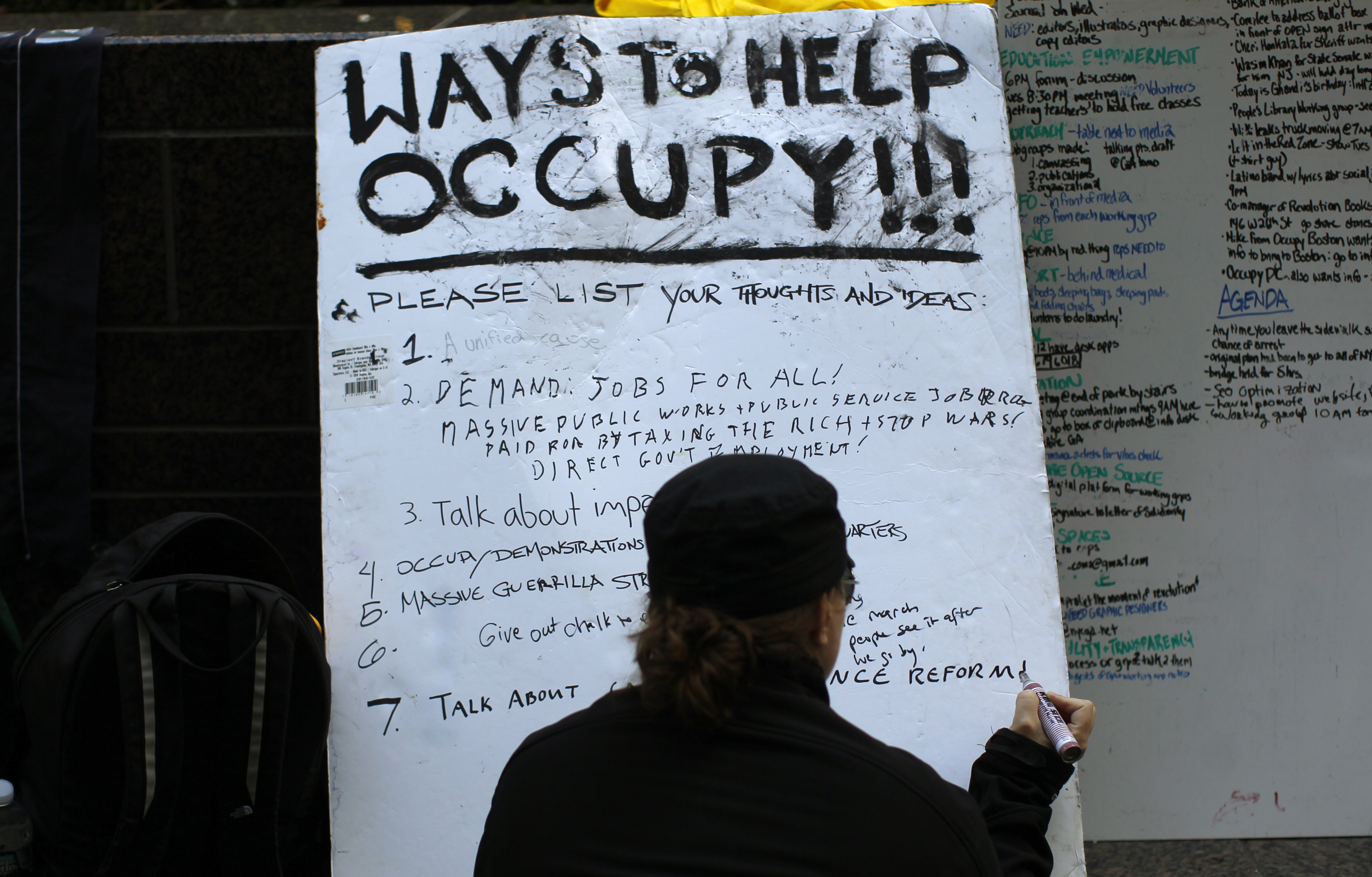 Occupy Wall Street has the elements of a serious political uprising. Like any number of crusades before it, this one began as a series of ragtag protests. The campaign also is zeroing in on a single theme: America’s richest 1 percent, or conversely, the other 99 percent. Yet it’s still hard to see Occupy fully catching on.

The Tea Party represents an unlikely role model. Like that conservative movement, Occupy began as an incoherent, populist expression of anger partly catalyzed by social media. It took a concerted effort to rally the troops around an intelligible agenda of low taxes and small government.

The Occupy protesters, who brandish an array of contradictory banners, are also becoming more focused. Their message of growing inequality should pack a powerful punch. The richest 1 percent of U.S. earners more than doubled their share of national income to 17 percent in 2007 from 1979, according to a new report from the Congressional Budget Office.

Yet it looks doubtful the campaign will recreate the Tea Party’s political stir. True, even President Barack Obama said he understands the “frustrations” expressed by the Occupy protesters. But his sympathies, like those of other lawmakers, come only in the vaguest terms. Even becoming an influential fringe of the Democratic Party will be a struggle.

Class warfare repels Americans. Economic envy seems almost unpatriotic in the land of opportunity. Most Americans believe they or their children will climb the economic ladder, even though sociological studies suggest Europeans have a better chance. The privileged are increasingly segregated from the rest of society. The lack of personal contact may keep indignation away.

What’s more, U.S. elections demand that both major parties call on the top 1 percent with regularity to finance their campaigns. The small-government brigade, whose austerity policies tend to accentuate social inequality, present a case that better suits U.S. political culture.

The Tea Party message already has reshaped Congress and influenced several Republican presidential candidates. Occupy Wall Street may tug at Democratic hearts if it becomes more respectable. But its own version of Rick Perry or Michele Bachmann seems unlikely to emerge.

The Occupy Wall Street website aims to rally protesters around opposition to rising inequality in the United States.

Using the slogan “We are the 99 percent,” the movement’s website says it intends to “highlight the various ways that a society which prioritizes the upper 1 percent is having a deleterious impact on … everyone else.”