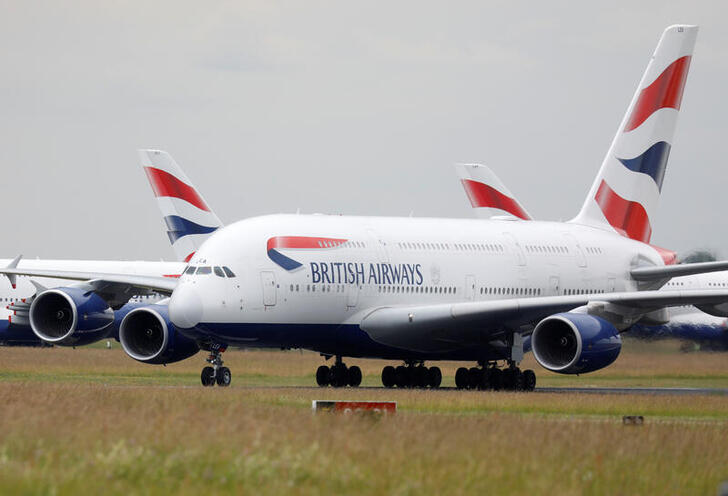 The owner of British Airways lost 1.3 bln euros in the third quarter. Rising infections and new lockdowns mean the next three months will be little better, dashing new CEO Luis Gallego’s hopes of breaking even by Christmas. He won’t be the only airline boss feeling queasy.

British Airways Airbus A380 airplanes are stored on the tarmac of Marcel-Dassault airport at Chateauroux during the outbreak of the coronavirus disease (COVID-19) in France June 10, 2020.

International Airlines Group on Oct. 22 reported a 1.3 billion euro operating loss for the three months to the end of September, worse than a 920 million euro loss forecast by analysts, as coronavirus restrictions continued to depress travel demand.

The owner of British Airways said revenue for the quarter was 1.2 billion euros, compared with 7.3 billion euros for the same period a year earlier.

IAG also said capacity for the final three months of the year was unlikely to be more than 30% of 2019 levels, dashing hopes for a return to positive operating cashflows during the period.