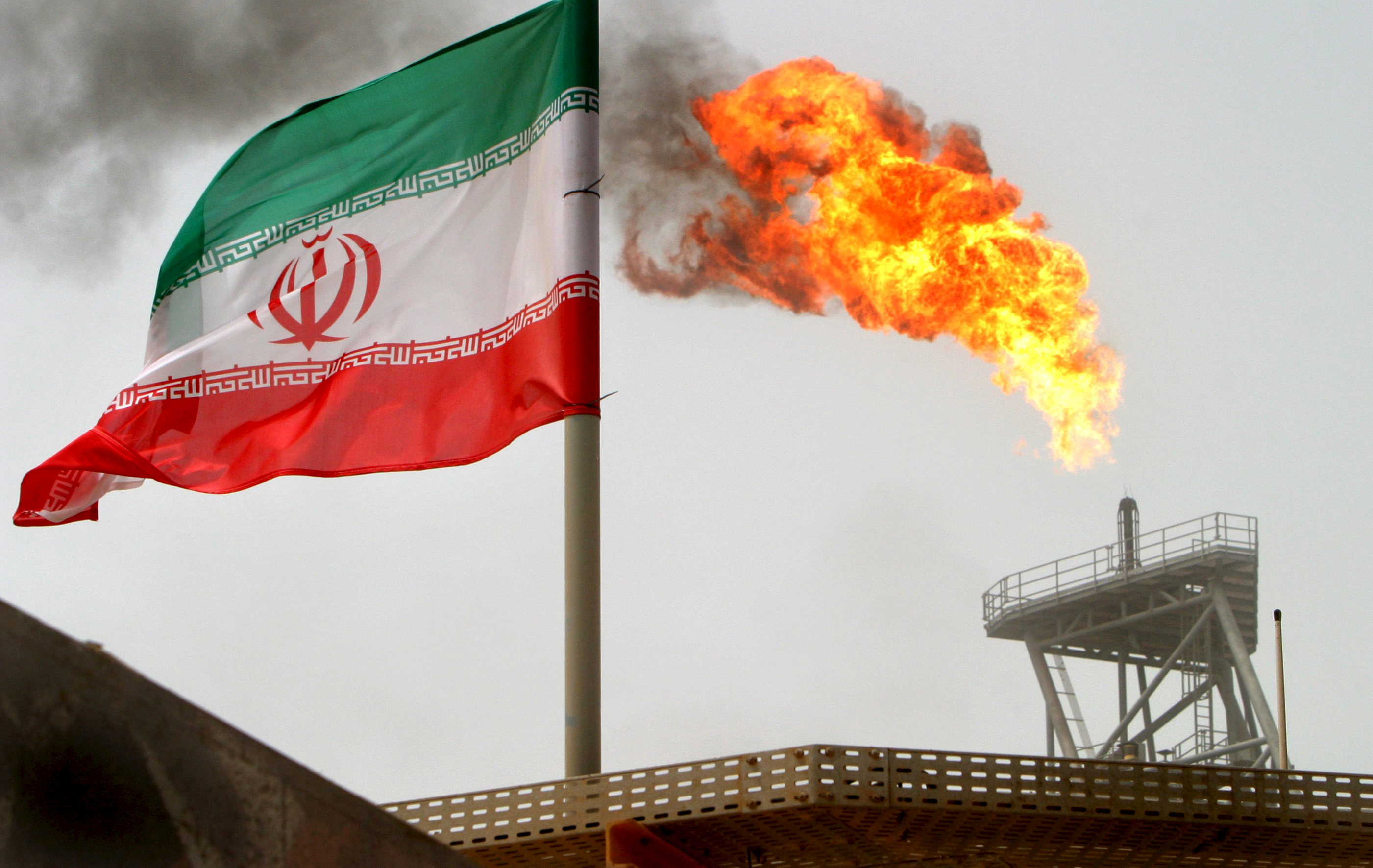 A tightening global balance of supply and demand for crude means geopolitical shocks could push up prices. Anti-government protests in Iran seem unlikely to disrupt production. A looming U.S. decision on whether to revisit sanctions could have a bigger impact.

A gas flare on an oil production platform in the Soroush oil fields is seen alongside an Iranian flag in the Gulf July 25, 2005. REUTERS/Raheb Homavandi/File Photo - RTSFTNZ