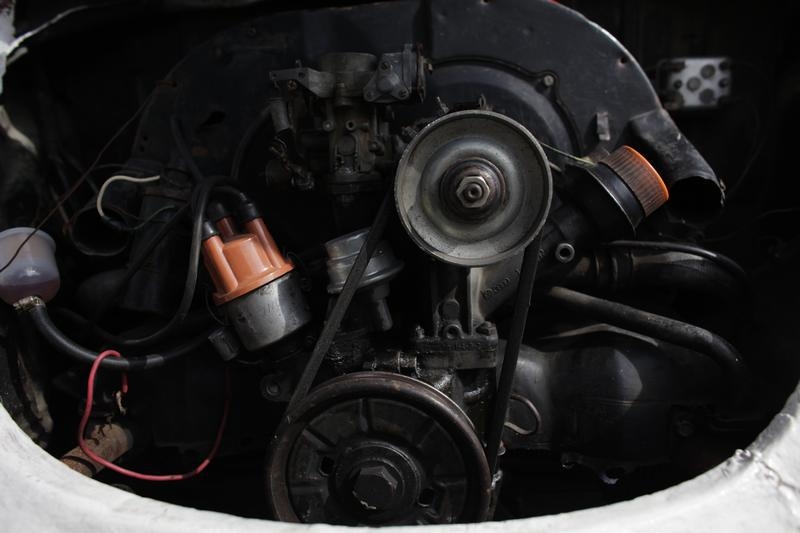 Valvoline reckons it’ll be worth $4.3 bln after spinning off from Ashland. At 15 times this year’s probable earnings it’s a heady valuation for a firm with a stalled top line, growing debt and bigger-pocketed rivals. The rise of the electric car adds to Valvoline’s challenges.

The engine of 83-year-old Oscar Almaguer's 1967 Volkswagen Beetle is seen in Apodaca on the outskirts of Monterrey September 11, 2013.

Auto-lubricant maker Valvoline hopes to raise some $645 million in an initial public offering on the New York Stock Exchange, according to a filing with the Securities and Exchange Commission on Sept. 12. It expects to sell 30 million shares at between $20 and $23 a share.

The IPO would value the company at some $4.3 billion. Valvoline, which is being spun out of parent Ashland, is the No. 2 U.S. quick-lube chain, with 1,050 company-owned and franchised outlets, and sells through installers and retailers.

Ashland will sell 15 percent of the company in the IPO and retains the option to spin the remaining stake to shareholders after a 180-day lockup period, according to its SEC filing. Valvoline plans to borrow about $980 million and transfer the proceeds to its parent company, in addition to $370 million it has already sent to Ashland, the filing said.