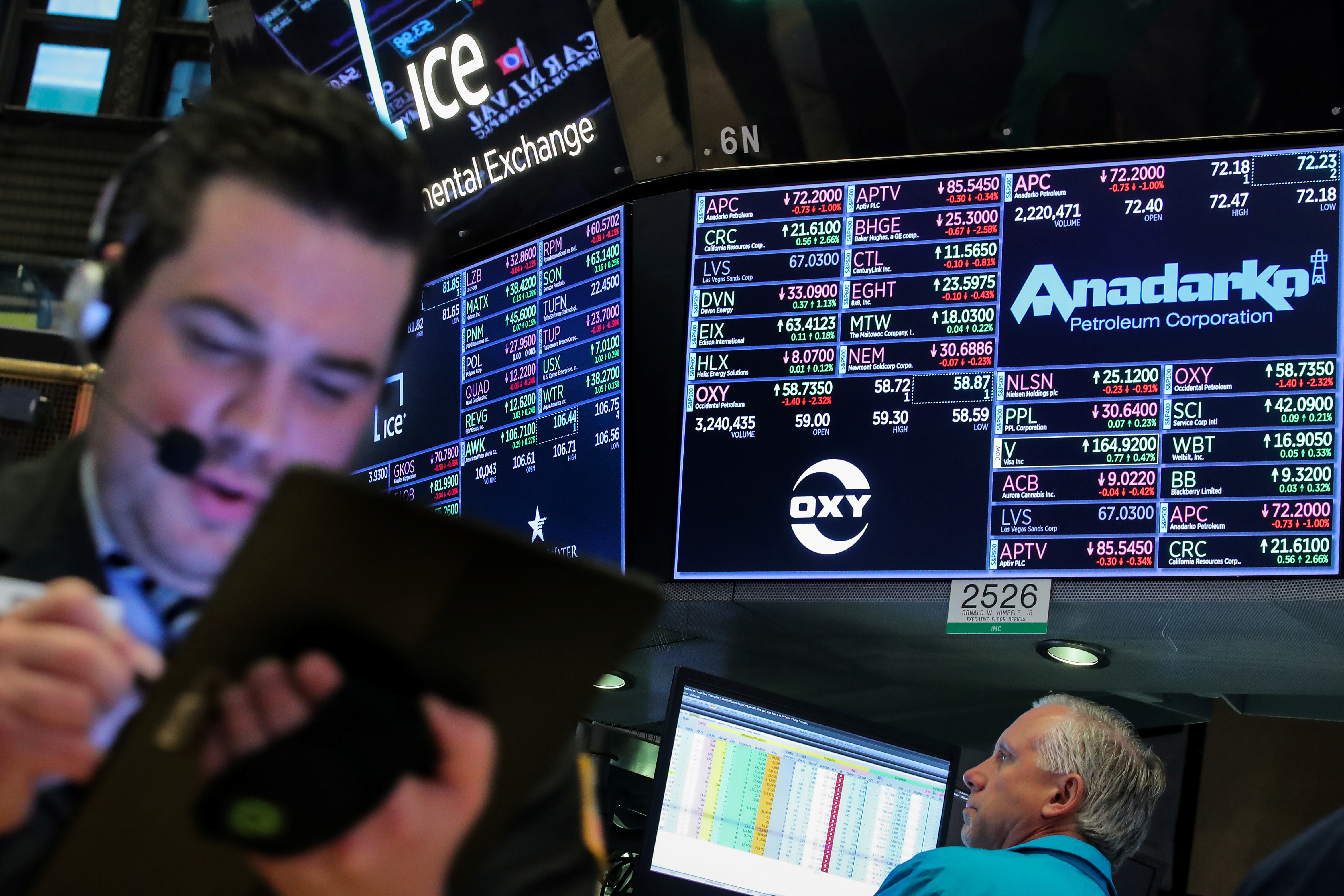 Producers of U.S. oil would struggle to ride to the rescue after attacks on Saudi oil fields put a question mark over the security of future supply. Even so, sustained high prices would be a happy outcome for companies that have a habit of digging themselves into a cash hole.

Traders work on the floor by the post that trades Anadarko Petroleum and Occidental Petroleum at the New York Stock Exchange (NYSE) in New York, U.S., April 30, 2019.

Shares in U.S. oil and gas companies surged on Sept. 16 after attacks on Saudi Arabia’s oil facilities led to a dramatic spike in oil prices. At one point Brent crude rose nearly 20%, its biggest intra-day gain since the Gulf War in 1991.

Occidental Petroleum stock was up 6% to $47.76 at 11 a.m. EDT. The Texan oil producer bought rival Anadarko for $55 billion including debt in a deal that closed in August.

U.S. President Donald Trump said on Sept. 15 he authorized the release of oil from the U.S. Strategic Petroleum Reserve if needed because of the drone attacks, which on Sept. 14 knocked out more than 5% of global oil supply. Any release would be sufficient to keep the markets well-supplied, he said on Twitter.