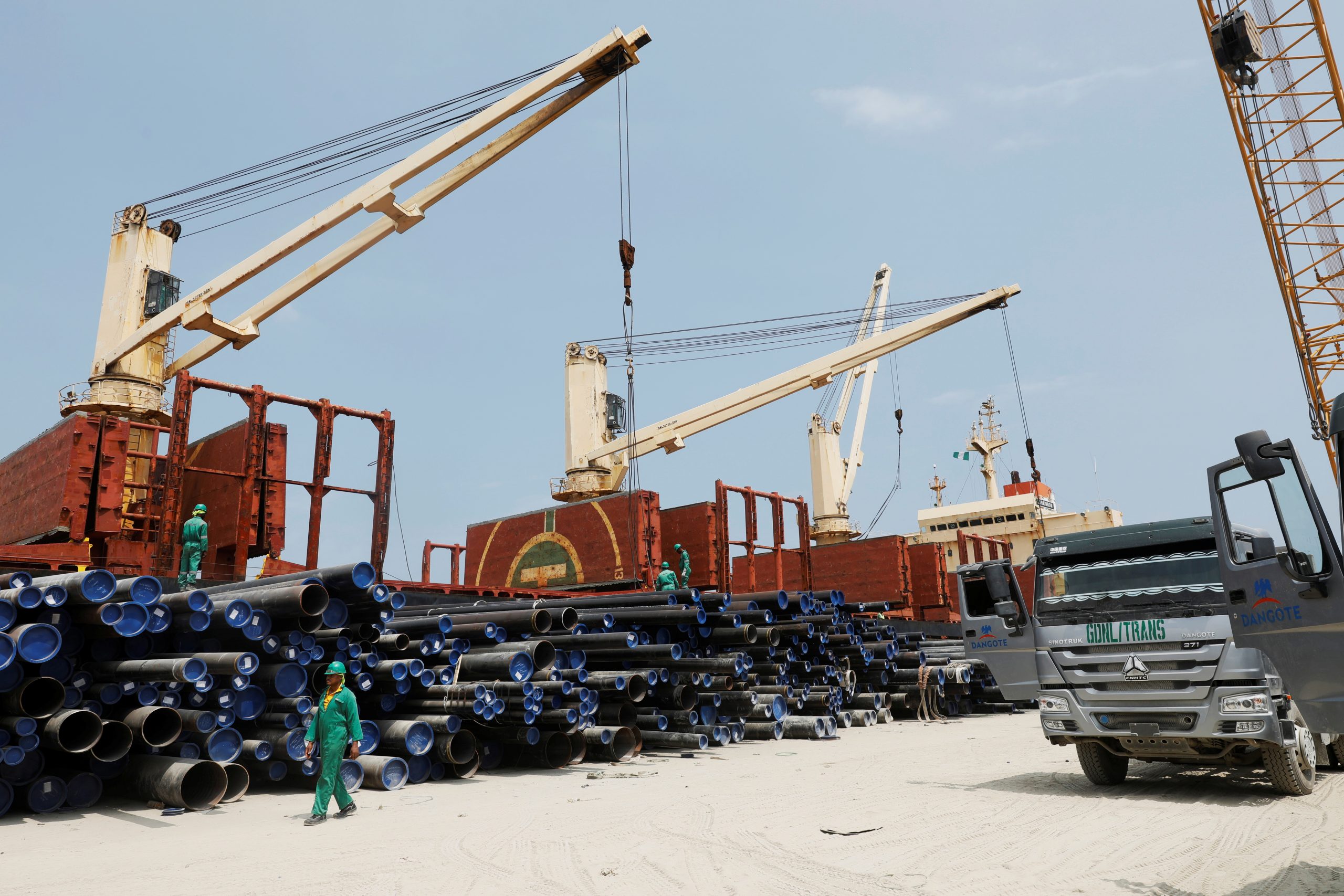 Hydrocarbons account for 90% of exports in Nigeria and Angola, despite years of talk about diversification. With crude at $36 a barrel, they’re both in trouble. Speedy devaluation means inflation-related pain but should help make the shift to a greener, low-carbon future.

Workers offload pipes at a construction site of Dangote oil refinery in Ibeju Lekki district, on the outskirts of Lagos, Nigeria August 7, 2019.

Nigeria will cut the size of its $34.6 billion 2020 budget due to a sharp decline in the price of crude oil, Finance Minister Zainab Ahmed said on March 9.

The budget, passed in December, assumed a crude price of $57 a barrel and average daily production of 2.17 million barrels.

Brent crude futures fell by as much as 31% on March 9 to $31.02, their lowest since Feb. 12, 2016, after Russia and Saudi Arabia said they would increase production after the collapse of a three-year pact to limit supplies.