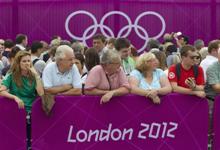 China breaks the rules. The United States loses its edge. As for Britain, it barely registers at all. It’s easy to see the Olympic Games as a metaphor for economic rivalry. Fortunately, the real world is different, and can be much more harmonious – if everyone basically plays fair.

China’s dominance of the medals tables – 17 golds at the last count – resembles its economic ascent. Since the Beijing Games of 2008, China’s nominal GDP has grown by around two-thirds, and its foreign exchange reserves almost 80 percent. Olympic fever and national pride are inseparable: the top ten trending topics on social network Weibo on Aug. 2 were all about the Games.

But it hasn’t all been glory. Two Chinese badminton players were disqualified for apparently throwing a match, along with Koreans and Indonesian players. One Chinese player, Yu Yang, resigned from the game and was told by the government to apologise, causing much soul-searching in the Communist Party press about China’s fixation with winning, both on and off the court.

In trade terms too, the clash of Olympians feels familiar. The head of the World Swimming Association questioned teen swim champ Ye Shiwen’s “unbelievable” time, leading to a tit-for-tat round of name-calling by coaches and critics. On dry land, China faces 27 cases alleging unfair trading practices at the World Trade Organisation, ranging from stopping the flow of rare minerals to slapping duties on American cars.

Fortunately, there are some big differences that make the metaphor a poor one. In global trade, co-operation is rewarded. While China and the U.S. butt heads, both have benefited enormously from opening their borders.

And unlike the Olympics, economics isn’t a zero-sum game. China’s feat of raising over 600 million people out of poverty hasn’t created an equal number of losers elsewhere in the world. While China will continue to embrace market economics, it will certainly do so with its own tweaks. India, Brazil and others will follow. But provided everyone understands the game, there can be many winners.

China’s 16-year old swimmer Ye Shiwen attracted attention after winning the 400-metre individual medley on July 30 in record-breaking time. U.S. swimming coach John Leonard described Ye’s swim as “unbelievable” and drew comparisons with a case of doping at the Atlanta Olympics in 1996.
Four pairs of badminton players were disqualified from the Olympics on Aug. 1 after attempting to throw their games in order to secure more favourable opponents in later matches.
As of the end of Aug. 1, China had won 17 gold medals in London, while the United States had won 12 gold medals. At the Beijing Olympics in 2008, China won 51 gold medals while the United States won 36.