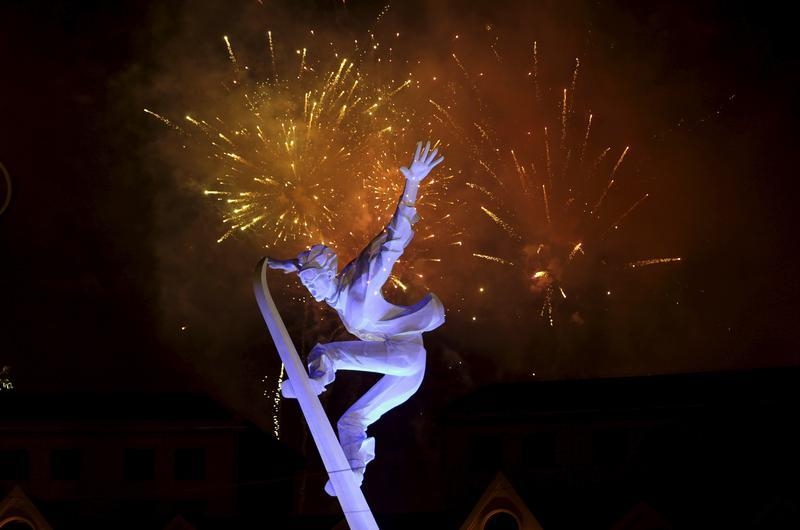 It’s easy to think of things that the Olympic Games isn’t. An aid to economic development; a destroyer of dictatorships; a bringer of enduring respect to its host countries. Strip away the silly idea that it will fulfil any of these roles, and what’s left is a fun sporting event. In choosing Beijing for the 2022 Winter Games, the International Olympic Committee may finally have got it right.

At first glance the choice might seem unimaginative, or even unfair. China hosted the summer Olympic Games only seven years ago in an extravaganza which gave Beijing the most global attention it had received since the 1989 massacre of student protesters in Tiananmen Square. The idea that China needs another coming-out party is far-fetched – or so citizens from the loser Kazakh city Almaty may think.

But the idea that the Olympics is a gift citizens should really want is hard to justify. While China’s GDP per capita has more than doubled since 2008, the games have nothing to do with it. Beijing’s iconic Bird’s Nest stadium has sat largely empty. Subways, roads and airport facilities would have appeared anyway. The number of foreign tourists visiting China in the past 12 months is the same as in 2007, at 132 million.

As for soft power, China doesn’t have much to gain. Most countries already do as it asks. Just look at the speed with which trade partners signed up for the Beijing-based Asian Infrastructure Investment Bank, without even knowing what it is. Or Britain’s refusal to give dissident artist Ai Weiwei a visa that would have enabled him to visit the country at the same time as China’s president.

For the Olympics, expectations will be reasonable this time round. The budget for the games has been pegged at around $3 billion, far less than the $51 billion Russia squandered on Sochi last year. China’s ruling Communist Party won’t be expected to abandon censorship and repression, or liberalise its markets, but merely to put on a good spectacle. Everyone can just sit back and enjoy the sport, and the fake snow.

Full disclosure: the author learned to ski in Beijing.

Beijing has won the right to host the Olympic Winter Games in 2022. The Chinese capital received 44 votes in a secret ballot of the International Olympic Committee, beating the Kazakh city of Almaty, which received 40 votes. Beijing held the Summer Games in 2008, and will be the first city to have hosted both events.

Beijing’s submission proposed a budget of $1.5 billion to invest in venues and other infrastructure, and said that the operating costs of the event would be offset by ticket sales, marketing sponsorships and other income. The IOC will contribute $880 million, which the host city believes will leave the games breaking even or making a profit.

Separately, dissident artist and free speech advocate Ai Weiwei said on July 30 that Britain had turned down his application for a six-month visa. He said Britain had denied his application and granted him a visa with a shorter duration because he had not declared a “criminal conviction”. Ai has never been charged or convicted of a crime.