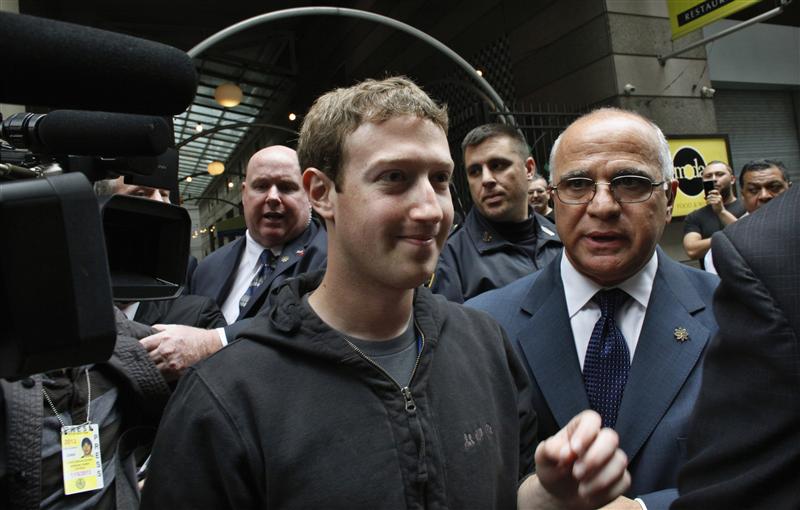 Facebook has reminded investors of a simple lesson: Avoid companies whose bosses don’t care about you. From the get-go, Mark Zuckerberg, the social network’s not very sociable founder, made clear he had little interest in welcoming public shareholders. That indifference set a tone for his executives, venture capitalists and bankers that arguably contributed to the glaring flaws in Facebook’s initial public offering last week.

True, the company’s earlier backers, who were able to unload more than $10 billion of stock at the highest possible price, may consider the deal worthy of high-fives and Cristal. But the combination of a stock already trading well below its offer price, annoyed retail investors – many of them Facebook users – and regulatory probes constitutes a botched deal. And that’s without mentioning trading glitches, which were presumably beyond the company’s control.

There’s also the impact on Facebook’s reputation and morale. Where the Silicon Valley titan was once viewed as a benign force connecting people, albeit with occasional privacy concerns, it now risks being synonymous with Wall Street money-grubbing. That’s bad for a product dependent on consumers. It’s also harmful for morale internally and, along with a listless stock price, for recruitment.

The irony is that these issues – along with the lawsuits now piling up on Hacker Way – may be exactly what Zuckerberg hoped to avoid by keeping his company private for so long. As he made plain in his letter to prospective investors, “we’re going public for our employees and our investors.”

Contrast his hands-off approach with the attitude of Microsoft’s Bill Gates back in 1986. Gates insisted the company’s IPO underwriters set a lower price range than they thought achievable, according to a Fortune story on the process, settling on $21 a share. That helped make the IPO an easy hit for incoming investors, even in the early days of trading.

By all accounts, Zuckerberg is Steve Jobsian in his attention to detail when it comes to coding for his internet creation. But the vacuum created by his distance from the IPO allowed underlings to make decisions – for instance in pricing and allowing early VC investors to ratchet up their sales – that may have damaged Facebook. In this respect, Zuckerberg has failed an early test as the CEO of a public company.

Facebook Inc. CEO Mark Zuckerberg is escorted by security guards as he departs New York City's Sheraton Hotel May 7, 2012. Facebook Inc kicked off its IPO roadshow in New York on Monday, attracting hundreds of investors to the Sheraton as the world's largest social network aims to raise about $10.6 billion, dwarfing the coming-out parties of tech companies like Google and granting it a market value close to Amazon.com. (REUTERS/Eduardo Munoz)

Two top U.S. financial regulators said May 22 the issues around the initial public offering of Facebook should be reviewed, putting fresh pressure on the company, its lead underwriter, Morgan Stanley, and the Nasdaq stock exchange.

Facebook shares closed 8.9 percent lower at $31, following an 11 percent plunge on May 21. At that price the company has shed more than $19 billion in market capitalization from its $38-per-share offering price last week.

Reuters reported late Monday that the consumer Internet analyst at lead underwriter Morgan Stanley cut his revenue forecasts for Facebook in the days before the offering, information that was not disclosed to the market before the stock was listed.

Facebook itself had urged analysts working for some of the 33 underwriters to lower their estimates ahead of the IPO, according to four sources with direct knowledge of the conversations that were held during the week prior to the IPO.