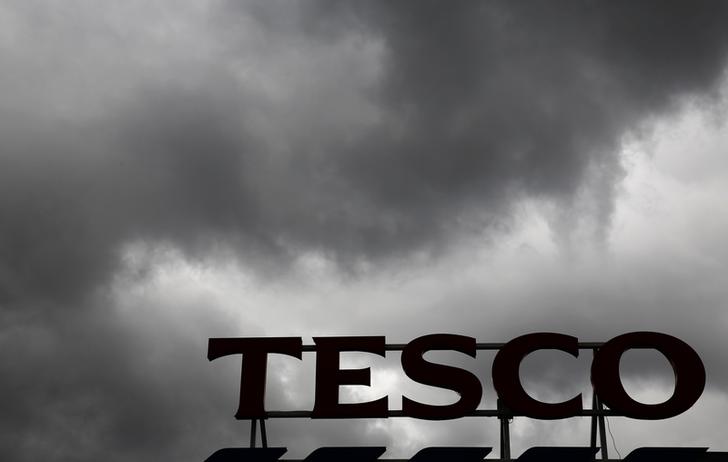 Tesco has everything the British shopper could want, but one valuable product is missing: pricing power. The retail group reported rising same-store sales and operating profit for the past year, and is processing more transactions and shifting a larger number of items. Prices, though, continue to fall. It’s a problem for rivals too. Once Tesco had what looked like market dominance, but now it is just plain big. The difference, from a profitability perspective, is significant.

Retailers often coyly speak of “investing” in their offering, as Tesco’s Chief Executive Dave Lewis did on April 13. Generally that means cutting prices. Tesco has been drawn into this game like everyone else. Based on the sales and volumes Tesco reported, its UK prices fell 2.7 percent in the most recent quarter, according to a Breakingviews calculation. Raising operating margins much beyond the current 1.6 percent is a distant dream if Tesco has to keep recycling gains from higher volumes into lower prices on the shelf.

When will the cycle turn? Three things could help. One is that non-food products are doing rather well for most retailers – which explains why rival J Sainsbury is buying generalist Home Retail Group. Another is that at some point customers should eventually value better service or convenience over ever-lower prices. The third is the hope that discount retailers will run out of steam. But they seem to have other ideas. Germany’s Aldi and Lidl, the scourge of higher-priced grocers, will account for more than half the new supermarket floor space coming to the United Kingdom this year, says Credit Suisse.

Tesco’s shares have risen almost 30 percent this year on hopes that competitive pressures will ease. But UK retail has changed since a decade ago, when the then-dominant group’s operating margin was 5.9 percent. Tesco always argued the market was competitive despite its high degree of concentration. Now there is proof: prices are effectively being driven lower by two German retailers which together account for just 10 percent of the market, according to Kantar Worldpanel data. Consumers should be glad – investors won’t be for some time to come.

Tesco reported a 0.9 percent increase in its UK same-store revenue for the three months ending Feb. 27 2016, compared with the same period a year earlier. Over the full accounting year, the retail group made 944 million pounds of operating profit before one-off items, a very slight increase on the previous period.

Chief Executive Dave Lewis said the company planned to “invest in the customer offer”, implying price cuts, and warned of a “challenging, deflationary and uncertain market”. In the United Kingdom and Ireland operating profit of 505 million pounds was 1.4 percent higher than a year earlier. Tesco has 28 percent of the UK grocery market according to Kantar Worldpanel.

The volume of goods sold in the United Kingdom increased 3.3 percent in the quarter, while the number of transactions increased by 2.8 percent. Volumes and transactions slowed slightly from the Christmas period, Tesco reported on Jan. 14.