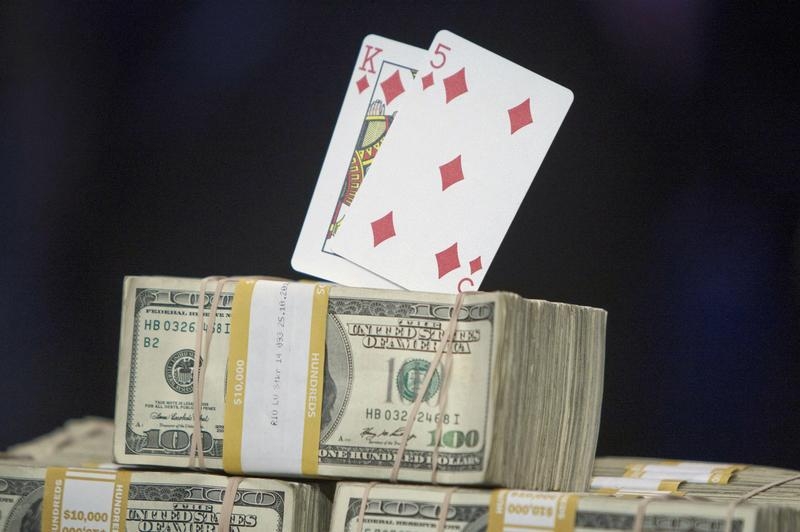 Any good poker player knows exactly how many cards, or outs, are available to win the hand. The boss of Amaya, owner of PokerStars and other gambling websites, just dealt one to shareholders.

Chief Executive David Baazov on Monday offered to take Amaya private. At C$21 a share, it could value the Quebec-based company at up to C$4.4 billion, or $3.2 billion, depending on whether a pool of convertible preferred stock converts into some 50 million common shares – adding nearly 40 percent to the number outstanding – as part of the buyout. As of the end of September, Amaya was carrying $2.4 billion of net debt.

The company went all-in with a massive deal to buy Oldford, the Isle of Man-headquartered owner and operator of PokerStars and Full Tilt Poker, in August 2014. Amaya paid nearly 12 times Oldford’s historic EBITDA and took borrowing up to 6.6 times that metric on a bet that the United States would become a bigger market and that it could claim a big slug of the action.

Since then, however, Amaya has been a flop. It bailed out of 30 countries, many in the Middle East, where the legality of operations had been questionable. A Kentucky court in December ordered the company to pay $870 million in penalties to cover years of alleged losses by state residents who played on PokerStars. Amaya’s sports-betting plans were delayed. And state authorities have been aggressively trying to shut down newly popular fantasy-sports sites.

Amaya shares peaked at nearly C$39 each last November and had tumbled to C$15 before Baazov disclosed his offer. Against that history, the C$21 on offer might not look so attractive. Selling now could let the CEO, who already owns nearly a fifth of the company, steal a potentially bigger pot if Amaya manages to turn around its fortunes.

The offer, however, is non-binding, and Baazov so far is only in talks with other investors to back it. Amaya remains heavily indebted and bond markets are not welcoming right now. The attempted crackdown on the likes of DraftKings and FanDuel is a bad omen for online U.S. gambling. Amaya’s shares are up about a quarter on the woolly bid. It’s probably time to cash out in case it turns out to be a bluff.

Amaya, the operator of gambling website PokerStars, said on Feb. 1 it had received a non-binding proposal from Chief Executive David Baazov to take the company private for C$21 a share, valuing the company at as much as C$4.4 billion.

Amaya, the operator of gambling website PokerStars, said on Feb. 1 it had received a non-binding proposal from Chief Executive David Baazov to take the company private for C$21 a share, valuing the company at as much as C$4.4 billion.