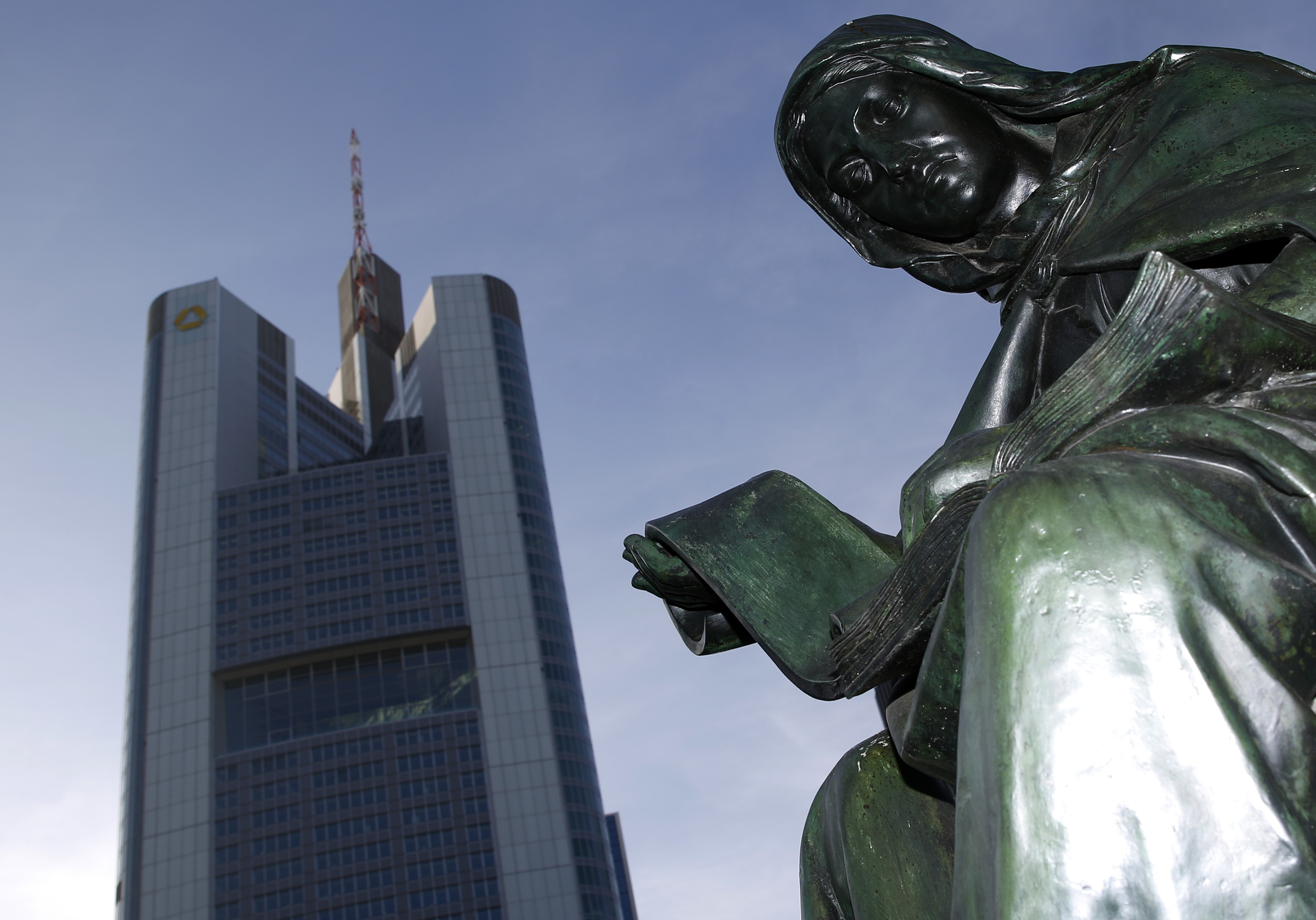 Pre-tax profit at Germany’s second-largest bank by assets dropped 12 percent in the first quarter as revenue declined and costs rose. A pledge to resume dividend payments can’t hide the fact that Commerzbank needs a merger to lift return on equity above its cost of capital.

Earnings per share at Germany’s second-largest lender by assets rose to 0.20 euros, from 0.18 euros a year earlier, thanks to a sharply lower tax bill. The bank’s annualised return on tangible equity for the quarter rose to 4 percent from 3.5 percent in the same period in 2017.

Commerzbank’s common equity Tier 1 capital ratio stood at 13.3 percent at the end of March, down from 14.1 percent three months earlier. The bank, still partly owned by the German government, said it aimed to resume dividend payments in 2018.