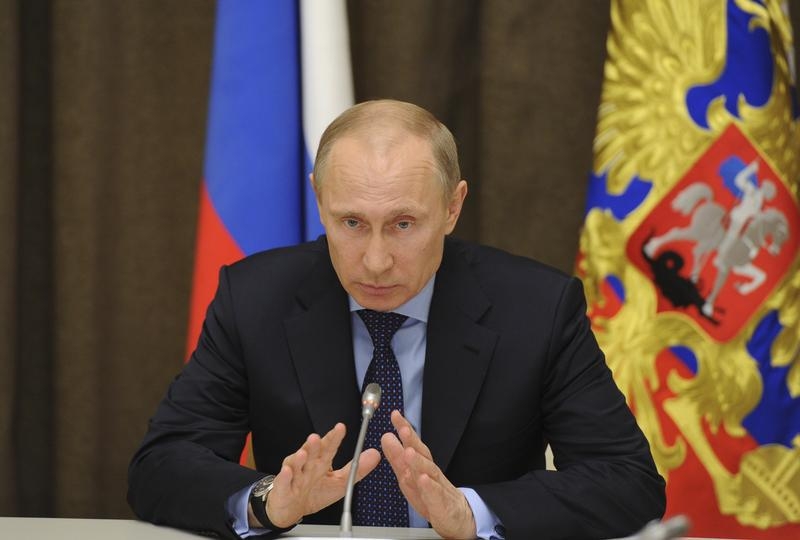 The rouble is down 28 percent since the beginning of the year. The Central Bank of Russia has not been able to cushion the fall against its chosen dollar-euro reference basket. It is not at fault.

Capital is fleeing because Vladimir Putin’s policies have isolated Russia and killed optimists’ hopes of reforms. The Ukrainian crisis demonstrated the Russian president’s lack of interest in that agenda. Unreformed Russia is left ever more dependent on oil and gas exports while crude prices are at four-year lows. Russia will have to lean on this tottering wall until the Kremlin changes both foreign and economic policies.

The central bank has done what it could to stop the rouble’s debacle. It tried selling dollars – $27 billion worth of them in October. It then dropped that policy for lack of results, capped daily interventions and let markets “predominantly” determine the rouble’s value.

On Oct. 31 it tried a sharp raise of the main interest rate, from 8 percent to 9.5 percent – the fourth hike this year. Result: nothing. State-owned bank VTB is warning that the rouble’s collapse threatens financial stability, the only condition which the central bank said might justify further interventions.

Market operators seem to think the rouble is still overvalued, but there is a limit to how low it can go. Devaluation, after all, helps the current accounts. In the meantime it is hurting the Russian economy by boosting inflation. At least that could – over time – force reform and stimulate domestic production of goods currently imported, helping the economy reduce its oil dependence.

The journey to a sustainable rouble value will be painful. Capital flight will continue as long as Russians fear their capricious government. The modernisation of the Russian economy cannot happen without Western help, frozen since Russia has retreated into a quasi-war economy.

The Russian central bank had long planned to move to a free-floating exchange rate, and focus on targeting inflation, like Western peers. It is now discovering a time-tested monetary truth. Monetary authorities are merely the custodians of currencies, whose value is determined by what governments do – or don’t do.

Russian President Vladimir Putin speaks during a meeting with economic advisors at the Bocharov Ruchei state residence in Sochi, March 12, 2014.

The rouble fell about 3.5 percent against its dollar/euro reference basket in early trading on Nov. 7, taking the decline since the beginning of the year to more than 28 percent.

The Central Bank of Russia said on Nov. 5 that it would limit the size of its daily foreign exchange interventions to $350 million, after spending around $70 billion this year to prop up the currency.