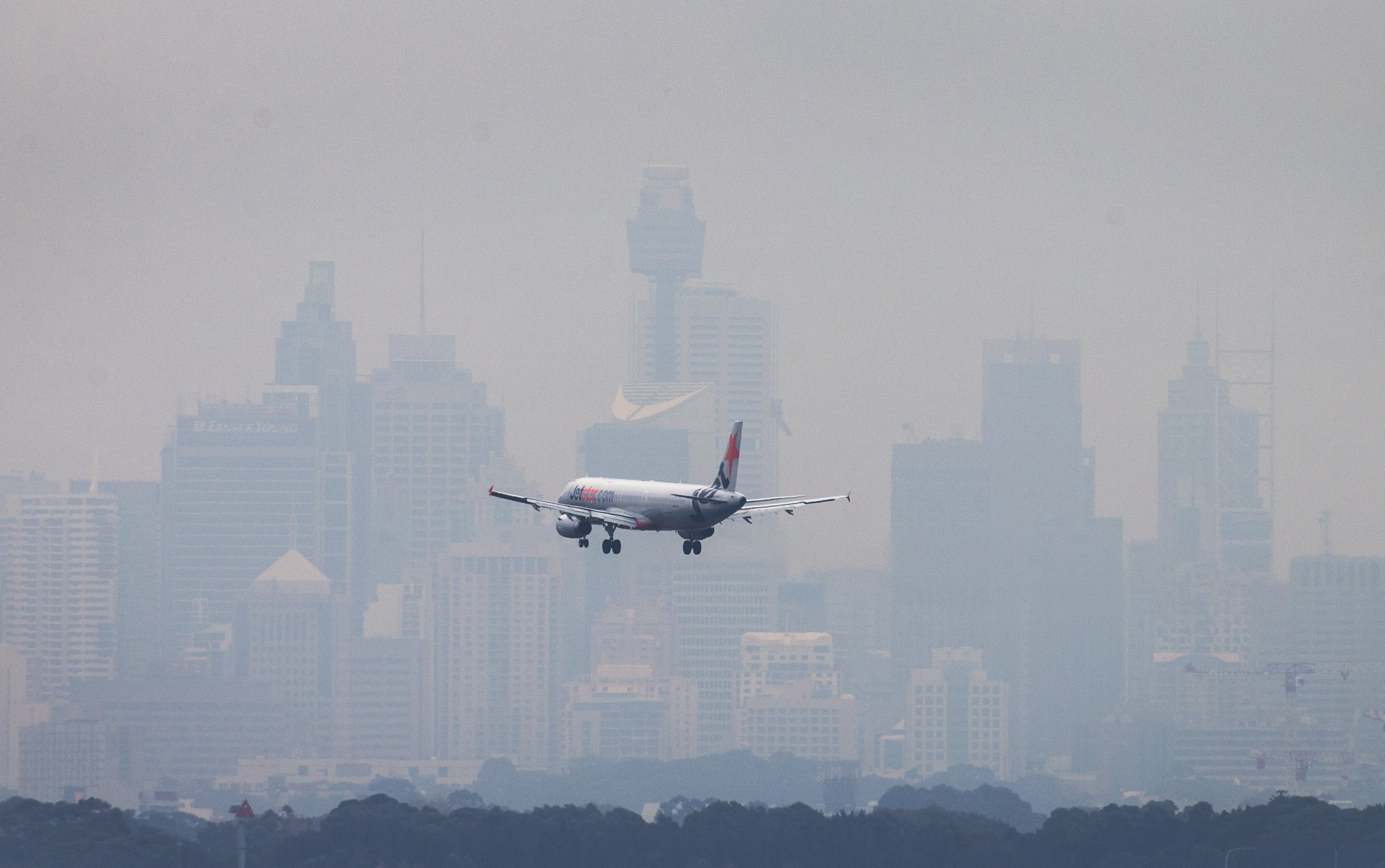 The industry wants its 2050 emissions to be a third those of today. With traffic set to treble by then, that’s unlikely. Electric airliners remain a pipedream and relying on biofuels would mean ploughing up a third of the U.S. Curbing demand via taxes may be the only solution.

An Australian commercial aircraft prepares to land in the haze at Sydney's International Airport July 15, 2014.

The global airline industry aims to reduce its annual net CO2 emissions to half 2005 levels by 2050, according to the International Air Transport Association. That equates to roughly 325 million tonnes of CO2 a year.

Without changes in engine technology, air traffic management or fuel use, the industry is on course to produce 2.7 billion tonnes of CO2 a year by 2050, from 850 million tonnes in 2017, due to surging demand for air travel, according to the International Civil Aviation Organization.

France will introduce an environmental tax on airlines flying from its airports, its transport minister said on July 9. The tax will amount to 1.5 euros for flights within France or the European Union and 3 euros for economy flights out of the EU.

Ryanair said on July 29 it would cut the amount of CO2 emitted per passenger per kilometre by 10% by 2030. Over the next five years, Europe’s largest budget carrier is forecasting nearly 6% annual growth in passenger numbers.