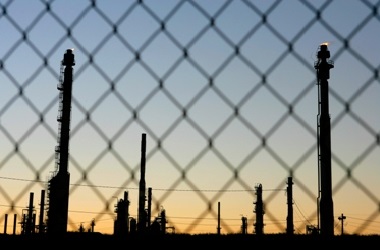 Saudi Arabia’s increasingly bitter dispute with Iran is now being played out in the oil market. The kingdom has stubbornly blocked a deal among major oil powers to freeze production, primarily because it refused to allow the Islamic republic to be exempted. The breakdown of talks will almost certainly lead to another rout in oil prices over the next few weeks – but the pain could be short-lived.

There are already signs that output is falling sharply among higher cost producers, and the economic pain caused by cheap oil could eventually lead to price-inflating output cuts instead of a freeze to production when OPEC next meets again in June. In its last market report the cartel said it expects production from outside OPEC to drop by 730,000 barrels per day, a 4.2 percent increase on its previous estimate.

Analysts had widely expected the talks held in Doha on April 17 to fail. Their skepticism was fueled by Saudi Arabia’s powerful deputy Crown Prince Mohammed bin Salman insisting that the kingdom would only rein in its output if Iran also participated in a freeze, thus preventing the latter gaining from higher oil prices. Riyadh is at loggerheads with Tehran across the Middle East, mainly because the two sides oppose each other’s political goals and influence.

But a freeze was never an option for Tehran. It has just emerged from the isolation of trade sanctions and is determined to restore its output to pre-embargo levels before it agrees to any production limits within OPEC.

Meanwhile, major oil producers from Iraq to Nigeria and Venezuela are suffering severe economic pain. At current export levels these three OPEC members – among the most economically strained in the cartel – are losing around $465 million in gross daily revenue at today’s prices compared to when they were around $115 per barrel in mid 2014. The longer Saudi Arabia blocks any deal in order to wage economic war on Iran the more it endangers the economies of other OPEC members.

All of this could hasten a recovery in oil prices by the end of the year. Crude trading around $40 per barrel throughout the summer will force more marginal producers in the United States out of business and crank up the pressure on Russia to tone down its sabre-rattling in the Middle East. It could also force Saudi and Iran to back down in their proxy war, which is now the biggest obstacle to the oil deal the market needs for long term recovery.

Major oil producers from the Organization of the Petroleum Exporting Countries (OPEC) and outside the cartel failed to agree terms of a freeze to output at a meeting in Doha on April 17.

Saudi Arabia’s refusal to allow Iran to be exempt from any agreement was a significant factor in the breakdown of talks in the Gulf state, Reuters reported.

Failure of talks is expected to bring a rally in oil price to a halt. Brent crude has risen to nearly $45, up 60 percent from January lows, on optimism that a deal between major producers could be achieved.