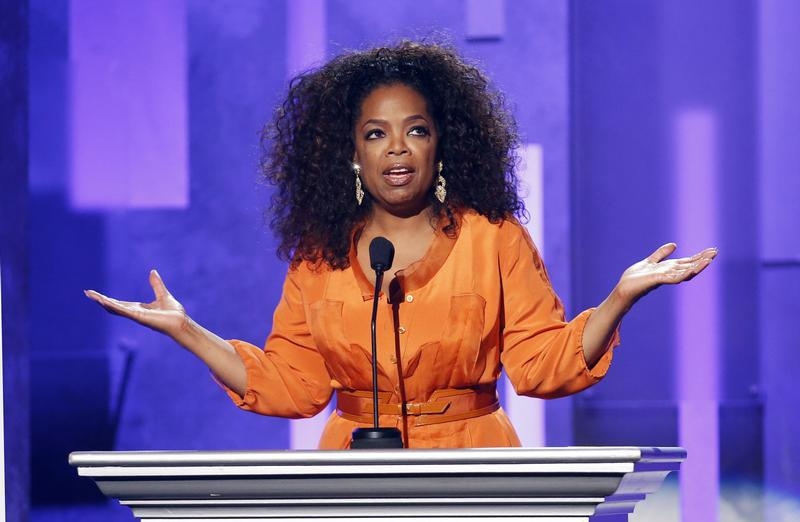 American talk-show queen Oprah Winfrey is investing with her appetite. She’s buying 10 percent of Weight Watchers for $43 million. It’s a tried-and-true investment discipline that follows in the footsteps of Warren Buffett, Victor Kiam and even gangster-rapper 50 Cent. By swapping corporate sponsorship fees for equity, the billionaire Chicagoan also plumps up her pocket book.

Indeed, Winfrey – known simply as Oprah – is already comfortably in the black with her bet, and her decision to join the diet firm’s board. The stock soared 90 percent, nearly doubling her stake in the $400 million company. Oprah, who has long chronicled struggles with her weight, enthusiastically backed Weight Watchers, saying she believed so much in the program she put her money where her mouth is.

Plenty of guru investors have done the same. Buffett took a slug of Coca-Cola and bought See’s Candies because he professed to love the products. Kiam was so enamored with his Remington razor that he famously proclaimed: “I like the shaver so much, I bought the company.” And Curtis Jackson, aka 50 Cent, swigged Vitamin Water in lieu of alcohol, took a stake in lieu of endorsement fees, and made an estimated $100 million when the beverage brand was sold to Coke.

While Oprah’s television partnership with Discovery Communications in the OWN network has had its struggles, there is still little doubt that her stamp of approval can send a stampede in search of product. The “Oprah’s Favorite Things” segment of her show has worked for scores of brands including shape-fitting Spanx undergarments and Kyocera plastic knives.

What’s more, cash produced from endorsements is generally taxed as regular income, or at a rate of more than 35 percent. Any windfall produced from an investment in Weight Watchers equity would be calculated as a capital gain. At about a 20 percent tax rate, that tips the scales firmly in Oprah’s favor.

American talk-show host Oprah Winfrey is taking a 10 percent stake in Weight Watchers International WTW.N. Winfrey will buy almost 6.4 million shares at the Oct. 16 closing price of $6.79 for $43.2 million. She will receive options to acquire an additional 5 percent.

American talk-show host Oprah Winfrey is taking a 10 percent stake in Weight Watchers International WTW.N. Winfrey will buy almost 6.4 million shares at the Oct. 16 closing price of $6.79 for $43.2 million. She will receive options to acquire an additional 5 percent.