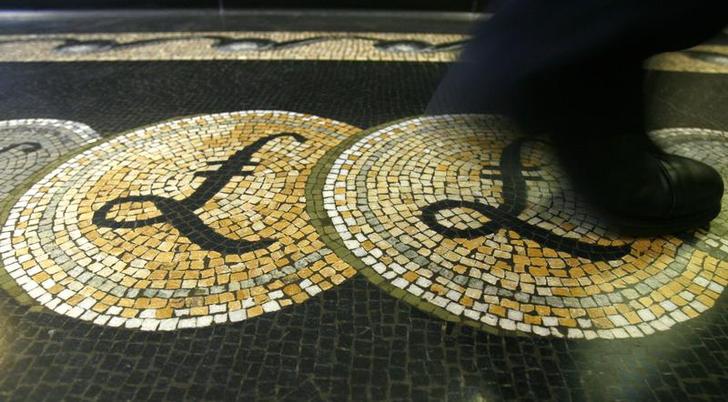 Certainty sometimes breeds huge uncertainty. Now that investors know Britain will hold a referendum on its European Union membership on June 23, they are free to fret about how much UK assets might suffer before and after the vote.

British markets are already feeling the fallout. Speculation that a UK exit is more likely now that London Mayor Boris Johnson is supporting such a scenario helped drive a trade-weighted measure of sterling’s value to 15-month lows on Monday, and pushed up UK government bond yields. And while the FTSE 100 Index of blue-chip shares was up more than 1 percent, it underperformed its European peers. Still, such moves are just the tip of the iceberg. The derivatives market is where the true scale of gloom about the outlook for the UK market is writ large.

First, implied volatility – measures that reflect how much sterling or the FTSE is expected to gyrate in the future – is markedly higher for options which expire within a month or two after the referendum date than for ones which expire either well before June 23 or a good while afterwards. Equity options are pricing in a one-day move of 3.5 to 6 percent in the FTSE 100 the day after the referendum, Societe Generale analysts say. This represents three to five times the average historical daily move observed in the index over the last year, they point out.

Second, investors are keen to buy protection against further losses in sterling or UK stocks. This is showing up in the growing premium they are willing to pay for options that give them the right to sell rather than buy these assets. For example, six-month euro/sterling options show investors’ preference to sell pounds for euros is at its most marked since late 2011, surpassing even the levels seen around the time that Scots voted on whether to remain part of the UK in 2014. Similar pessimism is revealed by equity derivatives, though they have yet to reach such extremes.

Amid the sound and fury of the referendum campaign, these may be the best gauges of how worried investors are that Britain could leave the European Union.

London Mayor Boris Johnson on Feb. 21 threw his weight behind the campaign to leave the European Union, dealing a blow to David Cameron by increasing the chance British voters will ditch membership in a June 23 referendum.

London Mayor Boris Johnson on Feb. 21 threw his weight behind the campaign to leave the European Union, dealing a blow to David Cameron by increasing the chance British voters will ditch membership in a June 23 referendum.