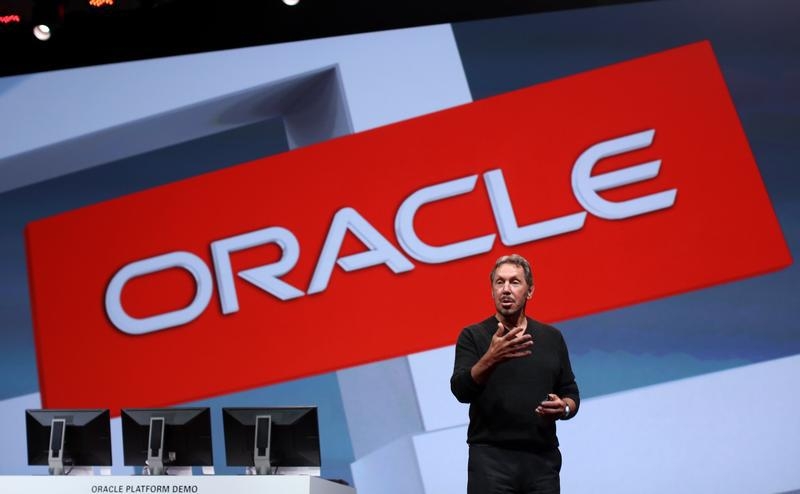 Larry Ellison is cashing in again. Oracle, where he is executive chairman, will buy NetSuite, a cloud company in which he controls a 45 percent stake, for $9.3 billion, a whopping 44 percent premium to where the shares were trading before news reports first mentioned a possible deal. The combination makes strategic sense, but Ellison looks to be benefiting from a side investment at Oracle’s expense.

The line between Ellison and the $162 billion business-software group he founded has always been a bit blurry, sometimes contentiously so. Last year, Oracle paid to lease aircraft, advertise at a tennis tournament and sponsor a sailing team, all via companies owned by Ellison. In 2013 he settled a lawsuit, forgoing potential payments of more than $500 million from Oracle in relation to the company’s purchase of a data-storage firm he controlled.

NetSuite was founded by an ex-Oracle employee, bankrolled by Ellison. While Oracle concentrated on selling enterprise software to giant corporations, the upstart focused on servicing small and medium-sized companies using the cloud. The two companies’ businesses have increasingly overlapped as larger customers have become comfortable using web-based software.

As a result, it makes strategic sense to combine the two firms. And the process seems to have been handled right, with a committee of independent Oracle directors calling the shots. The premium, while hefty, isn’t out of line with other cloud deals: last month, Salesforce.com agreed to pay a 56 percent premium for Demandware, for example.

Still, the situation is rife with potential conflicts of interest for Ellison, both in the transaction and in the opportunity arguably missed by Oracle. NetSuite shares have quadrupled since the company’s IPO in 2007, while Oracle’s have roughly doubled. Had Oracle under Ellison either competed more fiercely for cloud business or invested in NetSuite itself, it might not need to pay up for the business now.

It’s not the first time Oracle has ceded a slice of a potential market to a company founded by a former staff member and funded by Ellison. Salesforce.com is now worth $55 billion. Oracle shareholders are surely happy to have Ellison on their side, given his golden touch. They might just sometimes wish he worked even more of his magic for Oracle rather than himself.

Oracle said on July 28 that it had agreed to buy NetSuite for $9.3 billion, or $109 per share. That is a 44 percent premium to the cloud-computing firm's undisturbed stock price on July 12.

Larry Ellison, founder, chairman and chief technology officer of Oracle, is a co-founder of NetSuite. He controls approximately 45 percent of the company's stock through direct ownership, trusts and related entities. Ellison owns about 27 percent of Oracle's shares.

The evaluation and negotiation of the transaction was led by a special committee of Oracle's board consisting solely of independent directors.